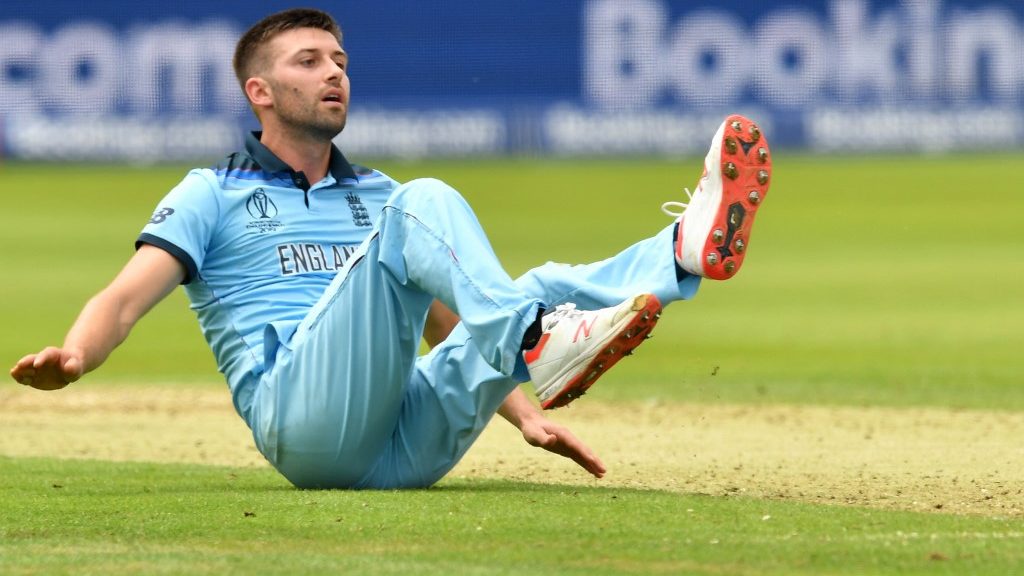 English paceman Mark Wood has been ruled out of the opening Test of the Ashes 2019 due to a side strain. The bowler is expected to be sidelined for 4-6 weeks. The injury occurred in the World Cup final when Wood’s team ended up on becoming the World Champions by a boundary countback. With the first Test between England and Australia scheduled to start on 1st August, Wood is certain to miss it.

The Durham speedster has had problems in maintaining peak fitness and his career has been injury-plagued. Fortunately, Wood was available through the course of the World Cup. But the 29-year old will miss out on the first Ashes Test. There were question marks over Jofra Archer and James Anderson’s fitness as well but England seems to be safe on those fronts.

England’s highest wicket-taker in the World Cup and the man who bowled the decisive Super Over, Archer suffered side strain in the group phases but managed to play throughout the competition without missing a game. The Barbados-born bowler has been rested from the one-off Test match against Ireland. He will be visiting his native place and shall return to the UK in time for the first Test.

The ECB statement on Archer’s situation goes – “Archer will have a period of rest before being considered for selection during the Specsavers Ashes Test Series. He will have a short break in Barbados before returning to the UK later this month.”

James Anderson’s participation was also under doubt after the master bowler had suffered tightness in his right calf while playing a county game. However, the 36-year old has been named in the squad against Ireland in the one-off Test match. Ed Smith, the chairman of selectors, stated that Anderson could play unless there’s an injury risk.

The one-off Test between England and Ireland will begin on 24th July (four-day Test) at Lord’s.