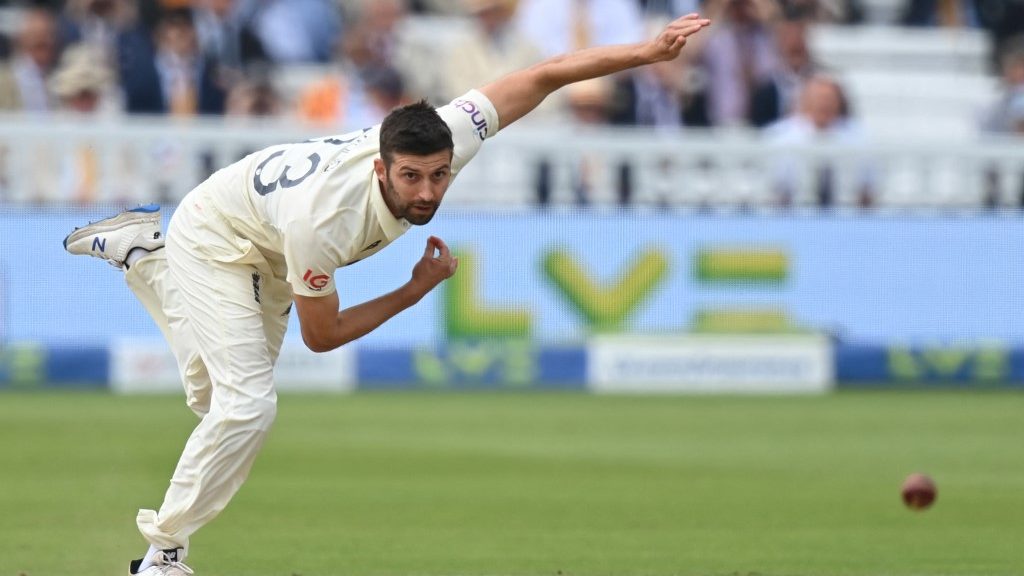 A rainy day in Sydney came to an end finally with some entertaining last-hour play as the hosts seemed to have taken the upper hand still. With 0-3 down in the series, England had already lost the series and they needed a better performance to end the tour on a high. They went for the experienced duo of James Anderson and Stuart Broad while opting for Mark Wood as the third pacer.

The right-arm quick has been one of the English players to be impressive so far in the current Ashes season and his pace has troubled the batters. Right at the end of the day’s play when things were in Australia’s favor, Wood managed to get rid of World number one batter Marnus Labuschagne with an unplayable delivery.

Australia ended day one’s play at the Sydney ground with 126 runs on the board for the loss of 3 wickets with the set batters gone. Wood did speak about the Labuschagne dismissal in a chat at the stumps.

Wood revealed that he had to undergo stomach issues overnight and wasn’t 100 percent at the start of the day. He saved the energy later and steamed in the last few minutes to deliver speeds above 145 Kmph consistently. Labuschagne’s dismissal would have done the speedster word of good and will set the tone for the second day.

“I had a bit of a rough night but I managed to keep just enough energy for the day. I had a bit of a stomach problem but I’m hoping that with a good night’s rest and some food inside me I’ll be right as rain,” Wood told in the chat as quoted by The Guardian.

This was the second time that Wood dismissed Marnus in the series and the England seamer wanted the rivalry to be like Warner against Broad. The veteran seamer picked up the Australian opener for a record 13th time in the Syndey Test and the onus will not be on Steve Smith and Usman Khawaja to do the repair work.

“I’m delighted to get Marnus because he’s a top player. I know we’ve had this ‘bowl fuller thing’ but I think we have to hit the wicket hard and make them play as much as we can. Thankfully I made Marnus play, it wasn’t an easy ball to leave, and he managed to edge it. I’d love to have a Broad v Warner thing with him. Anybody would love that when they think they’ve got a chance to get someone out. The ball before, Marnus hit me for four so I just tried to zone in a bit more. I knew the ball before was loose but I got this one spot on,” he added

100MB @100MasterBlastr
58 minutes ago
Tilak Varma had a phenomenal season and that earned him a place in this list. 💥