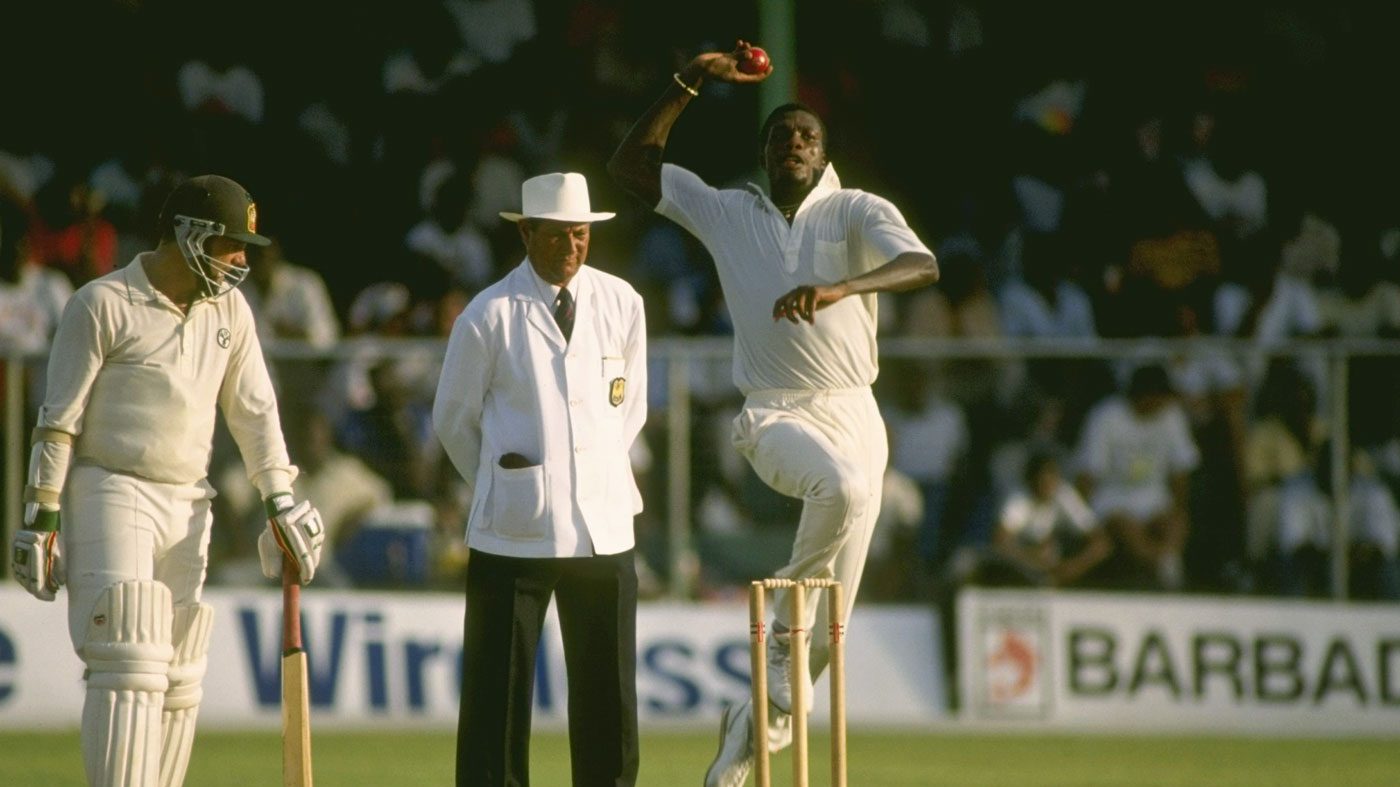 Curtly Ambrose was one of West Indies’ lethal fast bowlers who made a tremendous impact in world cricket in the 90s. He along with Courtney Walsh worked in tandem and have bowled several match-winning spells against the best batting line-ups.

Ambrose was a nightmare for any batter on bouncy and green top wickets and he also made full use of the height advantage. As the legendary speedster turns 59 on September 21, here’s a look at three of his best performances in international cricket.

West Indies locked horns with Australia in the second semi-final of the 1996 World Cup in Mohali. The Aussies won a crucial toss and surprisingly decided to bat first on a wicket that offered uneven bounce and Curtly Ambrose took full advantage of the surface.

Ambrose was literally unplayable in that contest as he breathed fire, accounting for the in-form duo of Mark Waugh and Ricky Ponting to finish with impressive figures of 2/26 from his 10 overs including a maiden at an economy of 2.60.

Nonetheless, despite the famous hostile spell and the efforts of Shivnarine Chanderpaul (80) and skipper Richie Richardson (49*), the Windies fell short by five runs chasing 208.

Curtly Ambrose yet again troubled Australia, but this time, he decimated them in their own backyard at the WACA. Ambrose sealed the deal for the visitors in the first innings itself when his seven-wicket haul bundled out the Aussies for a paltry 119.

The tall fast bowler accounted for the likes of Mark Waugh, David Boon, Damien Martyn, skipper Allan Border, wicketkeeper-batter Ian Healy, Merv Hughes and Jo Angel to finish with figures of 7/25. The Windies eventually went on to win the contest by an innings and 25 runs.

This remains Curtly Ambrose’s best bowling figures in his Test career and it was achieved during the fourth Test match against England at Bridgetown in April 1990.

The Windies had set the visitors a mammoth target of 356 runs and the English team was completely dismantled by Ambrose’s eight-wicket haul in the second innings. The legendary speedster dismissed the likes of Alex Stewart, Rob Bailey, Gladstone Small, Jack Russell, Nasser Hussain, David Capel, Phil DeFreitas, and, Devon Malcolm to finish with 8/45.

Ambrose’s thunderous spell ensured that England completely lost their plot and were bowled out for just 191 as the West Indies emerged victorious by a comprehensive margin of 164 runs.