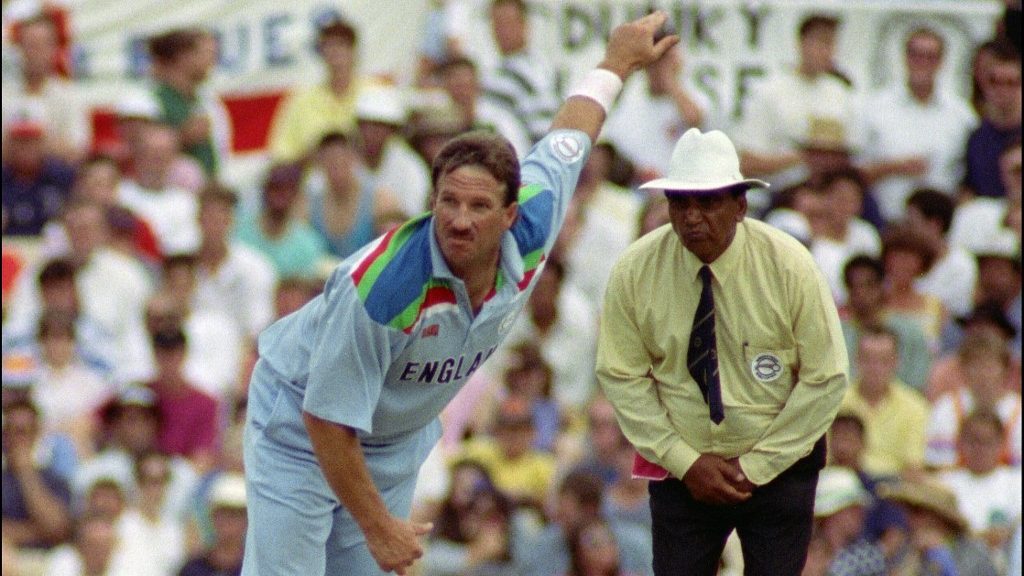 Achievements during Ian Botham’s 16-year career in international cricket led him to become ‘Sir’ Ian Botham. England were blessed to have an all-rounder of Botham’s calibre who can offer almost everything possible from a cricketer may it be Scoring quick runs, spending time at the crease, giving breakthroughs with the new ball, bowling long spells and not to forget his antics as a fielder who could stand in slips and also at tricky positions, he did it all.

Botham earned an interest in cricket as both his father and mother played cricket in their respective professions. The all-rounder made his professional debut at the age of 18 only representing Somerset after his success for the 2nd XI. He made his international debut in August 1976, three months before his 21st birthday during an ODI.

Botham’s selection took place following his excellent performances during the 1976 English season where he amassed over 1000 runs and also bagged over 60 wickets. Days before the ODI team selection, Ian Botham smashed an unbeaten 167 to help his County Somerset to chase down the target of 301 in only 65 overs. Botham played in the 1st and 3rd games of the 3-match home ODI series against West Indies which the visitors won 3-0.

The all-rounder could only pick two wickets and turned out to be expensive. However, following his exceptional performances in the 1977 season, Botham got into England’s Test team for the home Ashes series that year. Ian Botham played only two Tests in that series but claimed two 5-wicket hauls. He never looked back after his century in the New Zealand tour where he scored 203 runs across three Tests and also bagged 17 wickets with two 5-fers.

A career full of records:

In mid-1986, Sir Ian Botham became the leading wicket-taker in Test cricket by going past Dennis Lillee’s tally of 355 wickets. Botham held the record for more than 26 months before Richard Hadlee surpassed his tally and finished with 431 wickets. Botham finished his Test career with 383 wickets having picked only ten wickets in his career’s last five years.

Botham set new records in all-round performances as he scored a century and took a 5-wicket haul in the same Test on five occasions. No player other than Botham has achieved this double in Test cricket more than twice. Botham was also the first player to score a century and also take 10+ wickets in a Men’s Test. He smashed 114 from 144 balls and took 13 wickets during the Jubilee Test against India at the Wankhede Stadium.

The highlight of his career came in 1981 Ashes which is popularly known as ‘Botham’s Ashes’. Across the six matches played during the series, Ian Botham struck two centuries and aggregated 399 runs. With the ball, he took 34 wickets at an average of 20.58 with help of three 5-wicket hauls and also claimed 12 catches in the field. Botham’s all-round efforts helped England to win the series 3-1 after being 0-1 down after two Test matches.