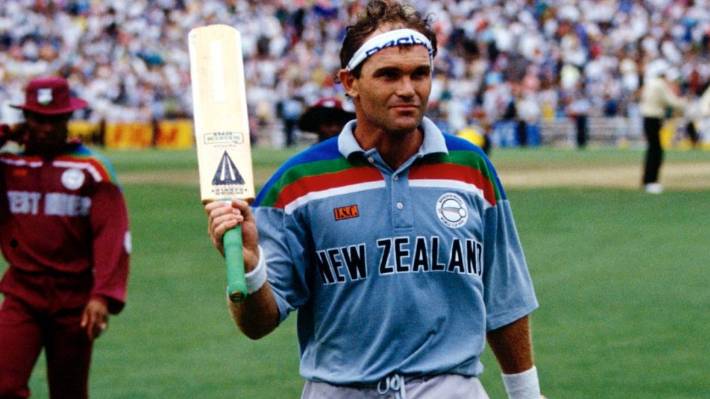 One of the greatest batters to have played the game from New Zealand, Martin Crowe was born today on September 22 in 1962. The right-hander played 77 Tests, scoring 5444 runs at an average of 45.36 with 17 centuries and 18 half-centuries to his name. He also played 143 ODIs, where he scored 4704 runs at an average of 38.55. He was handy with the ball too, picking up 43 wickets in his international career. Here is a look at the top three performances in international cricket from him.

In the 1992 Benson and Hedges World Cup, Crowe came up with a match-winning performance against Australia at Auckland. The Kiwis were 13 for 2, when Crowe had come into the crease and he managed to play a sensational inning from thereon to take his side to a competitive score of 248 for 6 in the 50 overs. Crowe remained unbeaten on 100 off 134 deliveries with 11 fours in his innings, and New Zealand ended up winning the game by 37 runs in the end.

In 1992 tour of Australia, New Zealand produced an incredible victory in Brisbane and Crowe was one of the architects of the famous win. Crowe’s mammoth knock of 188, which included 26 boundaries, ensured that New Zealand secured a big lead in the first innings. New Zealand won the Test by an innings and 41 runs on the back of centuries from Crowe, Reid and Richard Hadlee’s 15- wicket match haul.

In the 1991 home series against Sri Lanka, Crowe played a giant knock and was unfortunate to miss out on a triple century. New Zealand were bundled out for 174 in the first innings while Sri Lanka got to 497. The Kiwis needed an inspirational knock to come back in the Test and Crowe led the fight back with a 299-run knock, which included 29 fours and three sixes. Andrew Jones scored 186 in the same innings to help the Kiwis draw the Test.