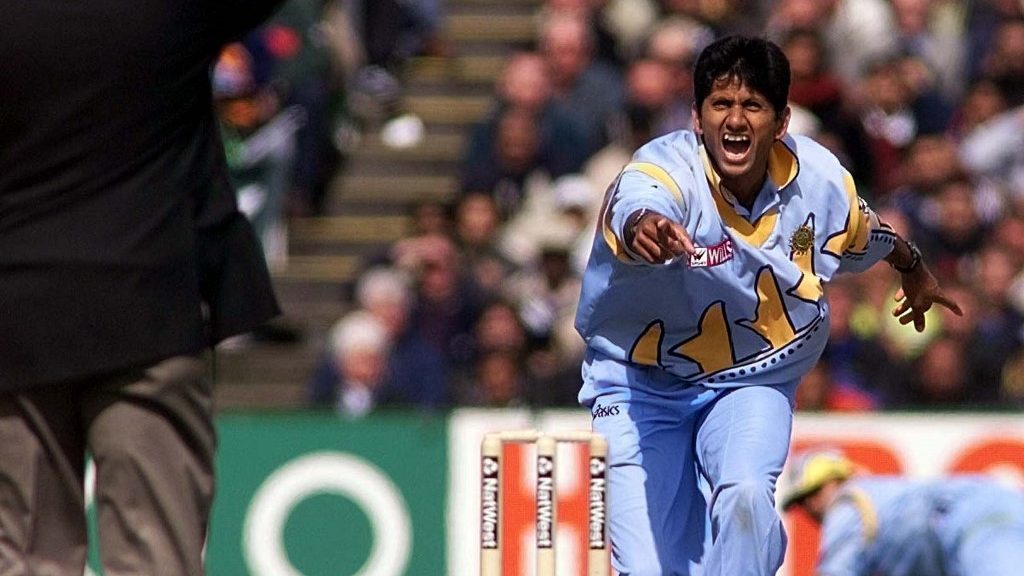 Venkatesh Prasad was a pivotal member of the Indian bowling attack during his playing days. The right-arm pace bowler featured in 33 Tests and 161 ODI matches for the Indian side. While he picked up 96 wickets in the whites, he also scalped 196 wickets in the ODI format of the game. With Prasad turning 53 today, let us take a look at the top 3 bowling performances from his career.

Venkatesh Prasad produced a stellar bowling performance against Pakistan at Chennai in the year 1999. Pakistan scored 238 in their first innings, and India replied with a total of 254.  And in the second innings, Prasad bamboozled the Pakistan willow wielders. He picked up 6 wickets and gave away just 33 runs. Pakistan were bowled out for 286 and set India a target of 271 for victory.

However, in spite of Prasad’s incredible performance with the ball, India fell short of the target as the Pakistan side won a humdinger of a match by 12 runs. Sachin Tendulkar scored a marvellous 136 in the second innings.

Venkatesh Prasad etched his name in the Lord’s Honour’s Board by scalping a five-wicket haul against England in the year 1996. Prasad picked up his five wickets, giving away 76 runs in the first innings, and England posted a total of 344. India replied with a total of 429, with Sourav Ganguly scoring a century. England scored 278 in their second innings and the match ended in a draw.

The best bowling performance of Venkatesh Prasad’s career came during the 1999 World Cup against Pakistan. India scored 227 in their first innings and needed their bowlers to step up against their arch-rivals. And, it was Prasad who spearheaded India’s charge with the ball. The right-arm pacer scalped a stunning five-wicket haul, gave away just 27 runs in the 9.3 overs that he bowled, and helped India beat their arch-rivals by 47 runs.