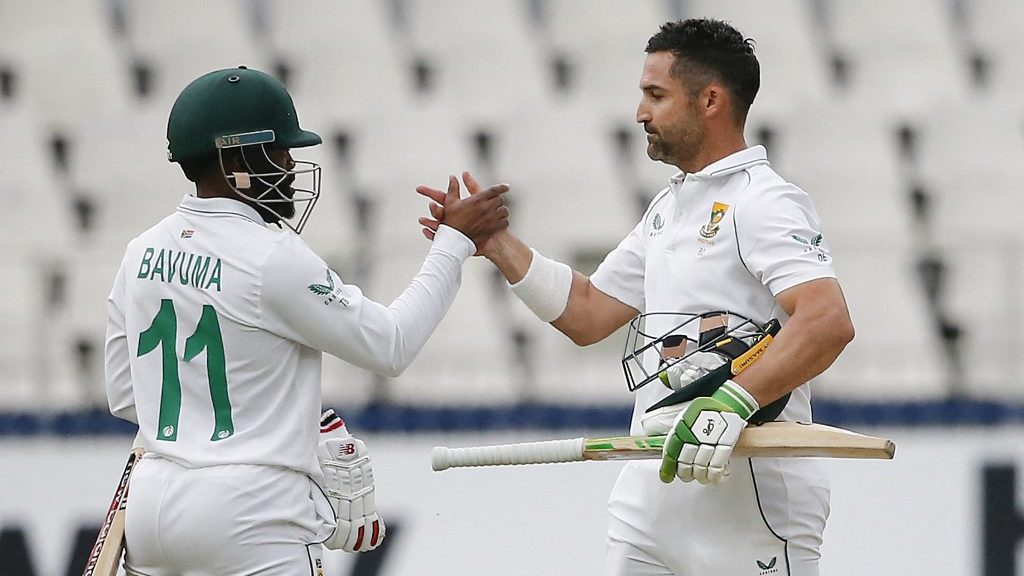 Dean Elgar scripted one of the famous wins for South Africa as they managed to beat India for the first time at the Wanderers, Johannesburg in the second Test. Having lost the first Test at Centurion, the Proteas needed the win desperately to stay in the contest and the skipper stepped up at the right time. Elgar’s unbeaten 96 off 188 deliveries proved to be a great hand in a chase of 240 in the final innings and he had to take a lot of blows to ensure a victory.

Elgar’s gritty knock earned him a lot of credits around the world and it is definitely, not the first time that the left-hander has played like a warrior. Speaking about his match-winning knock, Elgar went on to mention the things that have been going through his mind while batting out there in the crease.

Indeed, Elgar had shown a lot of courage during his innings as he had to fight through a lot of deliveries that misbehaved after hitting the cracks. He was hit in the helmet by a bouncer from Jasprit Bumrah but it never seemed to get him in trouble as he was determined to take his team home. The 34-year-old noted that he wanted to take responsibility with not much experience around him.

“I said to myself I’m going to be there till the end as a senior batter, someone who’s been around for a long time. I needed to take responsibility. It’s not always going to work out but today it worked out. It’s a highly stressful and intense series against the Indians. Some may call it stupid, some may brave. I would like to see the latter. I’d like to see it as another influencing factor in our team,” Elgar told in the post-match interview

“If I’m willing to put my body on the line, so should everyone else and it’s not in the mind. Playing for your country, you’re expected to do this, irrespective of how you are feeling and you need to focus on the bigger task at hand. That’s obviously to try and get the job done.” he added

The inexperienced batting order of South Africa clicked at the right time with contributions from Markram (31), Keegan Petersen (28), van der Dussen (40), and Bavuma (23*). Elgar was very much keen on building partnerships throughout the fourth innings and it helped to a great extent. It will now be up to India if they can make a comeback in the final test at Cape Town and win their first-ever Test series on South African soil.

100MB @100MasterBlastr
51 minutes ago
Tilak Varma had a phenomenal season and that earned him a place in this list. 💥