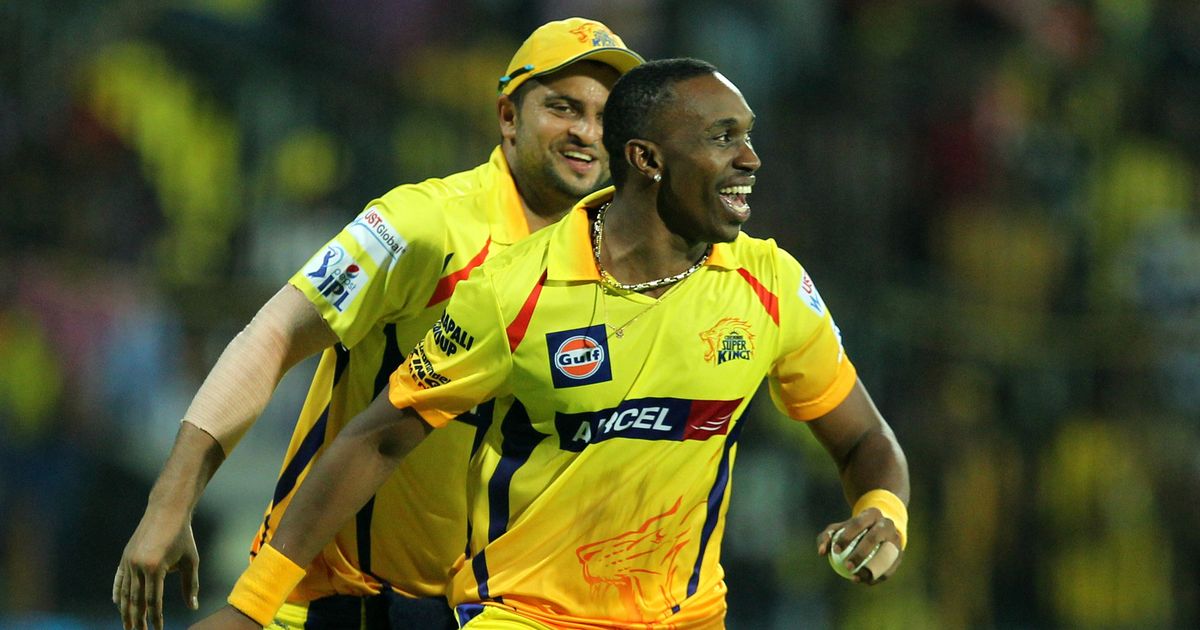 Dwayne Bravo and Faf du Plessis have been cornerstones of the Chennai Super Kings (CSK) team over the years. Both veterans joined the Indian Premier League (IPL) franchise in 2011 and have played a lot of cricket together. They even are known to share a great bond. However, the two friends were up against each other in the recently-concluded match in Caribbean Premier League (CPL) 2021.

While Du Plessis led Saint Lucia Kings, Bravo held the reins of St Kitts and Nevis Patriots. Although the two veteran cricketers were rivals in the game, they showcased their camaraderie formed in the CSK camp. It all happened during the toss session. As the coin landed in the Patriots’ favour, Bravo was asked for his decision. Surprisingly, however, Bravo broke into a song and Du Plessis also joined him.

“We are Chennai boys and making all the noise wherever we go,” sang the star West Indies all-rounder. It was evident that both Bravo and Du Plessis had planned to pull off this act. Fans were certainly entertained as the clip went viral in just no time. Even the official Twitter page of CSK also shared the clip.

Meanwhile, Bravo eventually elected to bowl after winning the toss. However, the decision didn’t prove to be fruitful as Du Plessis put up a batting exhibition. Opening the batting, the former South African captain went after the bowlers from the outset and scored runs all over the park. He went onto score a fiery century as the Kings posted 224/2 in their allotted 20 overs.

While Du Plessis remained unbeaten at 120 off 60 balls, all-rounder Roston chase also played a sensational cameo of 64 runs. Chasing the mammoth target, the Patriots never looked in the hunt and lost wickets at regular intervals. Although Evin Lewis played some delightful shots from one end, he kept losing partners. As a result, the Patriots got bundled out for mere 124 runs, losing the contest by 100 runs. Notably, this was Patriots’ first defeat in the competition.

100MB @100MasterBlastr
58 minutes ago
Tilak Varma had a phenomenal season and that earned him a place in this list. 💥