4 X 6: Five batsmen who have struck six fours in an over 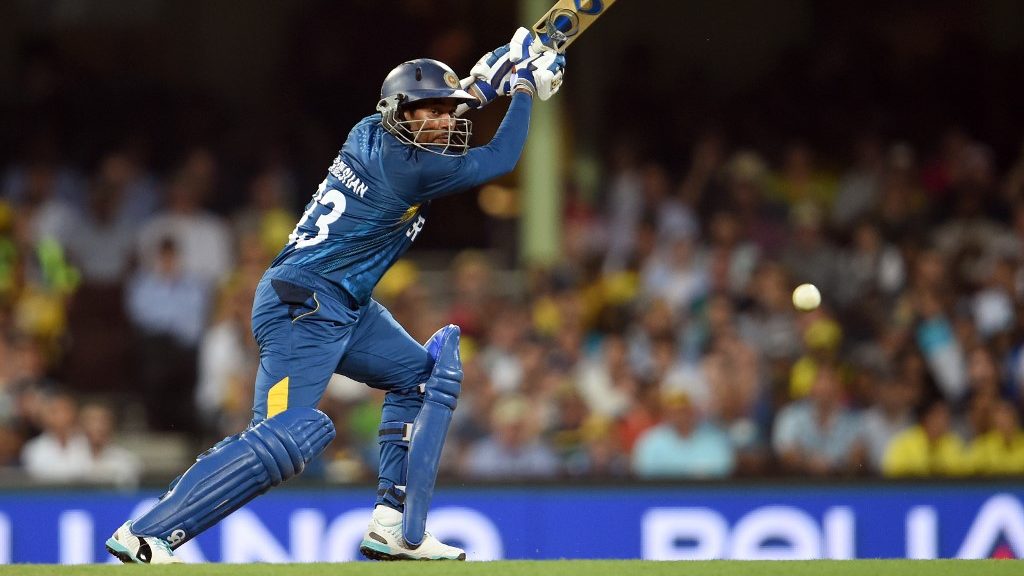 Herschelle Gibbs and Yuvraj Singh, what connects these two? They are the only two batsmen to have hit six sixes in an over in international cricket, a fact that a majority of cricket fans know by heart. But do you know how many batsmen have struck six fours in an over. Here’s the complete list of batsmen who have thumped six fours in a single over of international cricket.

In an age where Indian batting was considered to be defensive and classical, Sandeep Patil was a refreshing prospect. Batting with a limited-overs mindset, Patil had exciting strokeplay in his array. In Bob Willis’ over at Old Trafford, the Mumbai batsman showed his skills of clearing the boundary ropes.

India were in a spot of bother at 173/6 against England’s total of 425 runs in the first innings. Sandeep Patil during the course of his resurrecting 129 achieved the feat of six fours in an over. His flurry of boundaries included dashing square cuts, a swat down the ground and a well-timed hook shot. Although the fourth ball of the over was a dot ball, previous delivery which was a no-ball went for a four so Patil did complete his set of six fours in an over but they were not consecutive.

The West Indian maverick is known for his big-hitting in all format of cricket. The giant of T20 cricket holds the record being the only batsman to send the first ball of a Test match for a six. Gayle also earned the distinction of scoring six fours in an over at The Oval in 2004.

England batted first in the fourth Test of the series and posted 470 in their first innings. Steve Harmison’s six-wicket haul blew the Windies away as they mustered only 152 runs. In the follow-on innings, Gayle decided to do something special. In Matthew Hoggard’s over, the left-hander began with a boundary in the midwicket region. He dispatched the next three balls through the offside. With a pull and a cracking cut, Gayle completed six fours in six balls. He went on to score 105 in the innings but failed to avoid the team defeat.

The West Indian middle-order batsman emulated his opener two years later. This happened in the third of the four-match Test series between West Indies and India at Basseterre. Batting first, the hosts were off to a blazing start with Gayle’s 83. Sarwan joined Darren Ganga to add 203 runs for the second wicket while both went on to score centuries. During his knock of 116 runs, Sarwan struck six fours in an over.

At 280/1, West Indies were set in a terrific position. Munaf Patel stepped up to bowl the next over. Sarwan slashed the first ball for a boundary through the offside. A hook and a cover drive followed. The fourth boundary was a lucky escape as the inside edge flew just away from the stumps. Two consecutive square cuts completed the set of six fours in an over. The sixth ball was a no-ball but Patel got away with the extra delivery which went straight to the fielder.

The opener who instilled fear in bowler’s heart, Sri Lanka’s Sanath Jayasuriya was a belligerent batsman. The left-hander was quick to dispatch anything in his zone for a boundary. In 2007, he took on James Anderson in a Test and smacked him for six fours in a row.

In the first Test of the three-match series in Kandy, Sri Lanka conceded a 93-run lead. The home side began well in the third innings. Anderson stepped up to bowl the 19th over. Jayasuriya greeted him with a lofted cover drive over the infield. Next ball just flew over the first slip. After another boundary, Anderson slipped a short ball which did not escape the opener’s fury. Jayasuriya slammed the next two balls for boundaries to complete the perfect over.

World Cup 2015 proved to be a memorable tournament for Dilshan. The Sri Lankan opener amassed 395 runs in seven matches. Although he scored two centuries in the tournament, his most memorable feat came against Australia during his 62-run knock. At Sydney, Aussies batted first and posted 376/9 in their 50 overs.

Dilshan lost his opening partner Lahiru Thirimanne early. After five overs, Sri Lanka were 22/1 as Mitchell Johnson stormed in. Dilshan welcomed him with two booming drives on consecutive deliveries. Two stunning pulls on the next two balls made his intentions clear. Dilshan proved to be unstoppable as he drove next two balls for two more boundaries. Despite Dilshan’s entertaining 62, Sri Lanka fell short by 64 runs.