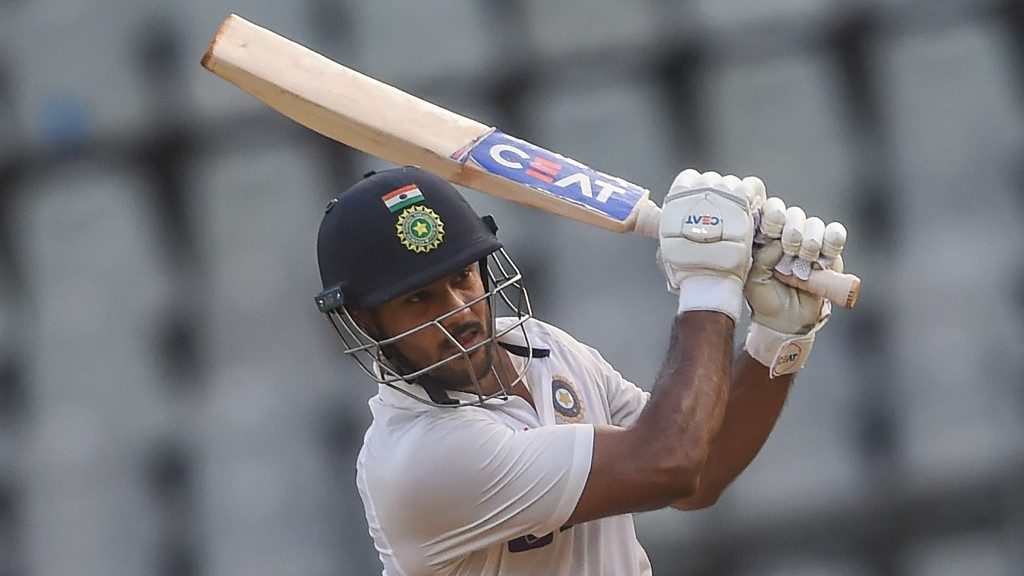 Indian opener Mayank Agarwal has been added to India’s Test squad after Rohit Sharma tested positive for the Covid-19 virus. There is no certainty of Rohit’s availability for the upcoming Test match against England which begins on July 1. He is under isolation and the team still expects him to recover completely before the clash.

If the 35-year-old is not able to play the final Test match of the five-match series, and with KL Rahul out of the squad owing to his injury, Agarwal might find a place as the opening batter in the playing XI. The inconclusive series is led by India 2-1 and the team will further look to either win the game or at least manage a draw to clinch the trophy.

Meanwhile, this major report was carried out by ESPNcricinfo. Agarwal was a part of India’s last Test series against Sri Lanka that was played in March 2022. He played a decent knock in the two Tests but could not impress much. Mayank was a standby player in India’s initial squad for the rescheduled Test as the team had plenty of options. As per the government rules in force now, he won’t need to undergo a quarantine period and will be available to play immediately if required.

He did not travel with the team when the Indian side left for the UK and remained in his home nation. It was being said that he would be called up only if there were any unforeseen injury concerns in the team. Now with skipper Rohit Sharma’s inclusion hanging on a thin line, Agarwal’s call-up seems obvious for the visitors.

Meanwhile, the Indian team is already in England and has finished off with their warm-up game against Leicestershire as they gear up to face the in-form English side. The host team have been doing really well in Tests since Ben Stokes took over the captaincy and Brendon McCullum took over as the red-ball head coach.

They defeated the current World Test Champions New Zealand in the first two Tests of the ongoing three-match series. They’re also very close to winning the third and final game in order to register a 3-0 whitewash. The rescheduled fifth Test between England and India is set to be played from July 1 at Edgbaston in Birmingham, and the tour will also comprise of three T20Is and as many ODIs.