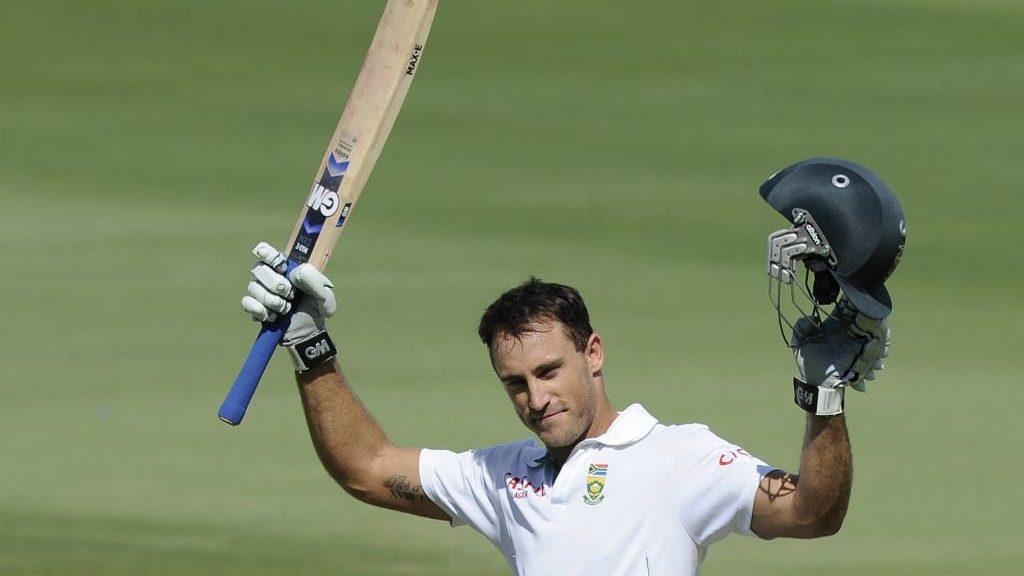 Back in 2019, Faf du Plessis was still an indispensable member of the South Africa national team. At the age of 35, he was set to lead the Proteas in the World Cup in England and Wales. However, from thereon, the wheels of fortunes turned in the wrong direction for him. The 50-over mega event was equivalent to a nightmare for him as the Proteas failed to qualify even for the semi-final.

South Africa beat Afghanistan, Sri Lanka and Australia, but the wins could only manage them a seventh-place finish. Du Plessis’ own performance with the bat wasn’t worth mentioning as well. Soon after the tournament, the veteran was stripped off captaincy in ODI cricket. A few months later in February 2020, the Pretoria-born stepped down from leadership in Test and T20 cricket as well.

Earlier this year, he retired from Test cricket and pulled the curtains down on his 69-match career. He said that while T20s will be his main focus, he didn’t rule out playing one-day cricket. However, having not played in the 50-over format since March 2020, chances are bleak that he’ll ever make a return at the age of 37. Since then, he’s taken part in franchise T20 leagues around the world.

The fact that he wasn’t selected for the T20 World Cup 2021 raised quite a few eyebrows. He, along with Imran Tahir and Chris Morris, couldn’t find a place in South Africa’s scheme of things. Du Plessis later went on to become one of the leading run-scorers in the 2021 Indian Premier League. It didn’t spring a surprise that the netizens questioned his omission from the World Cup squad. 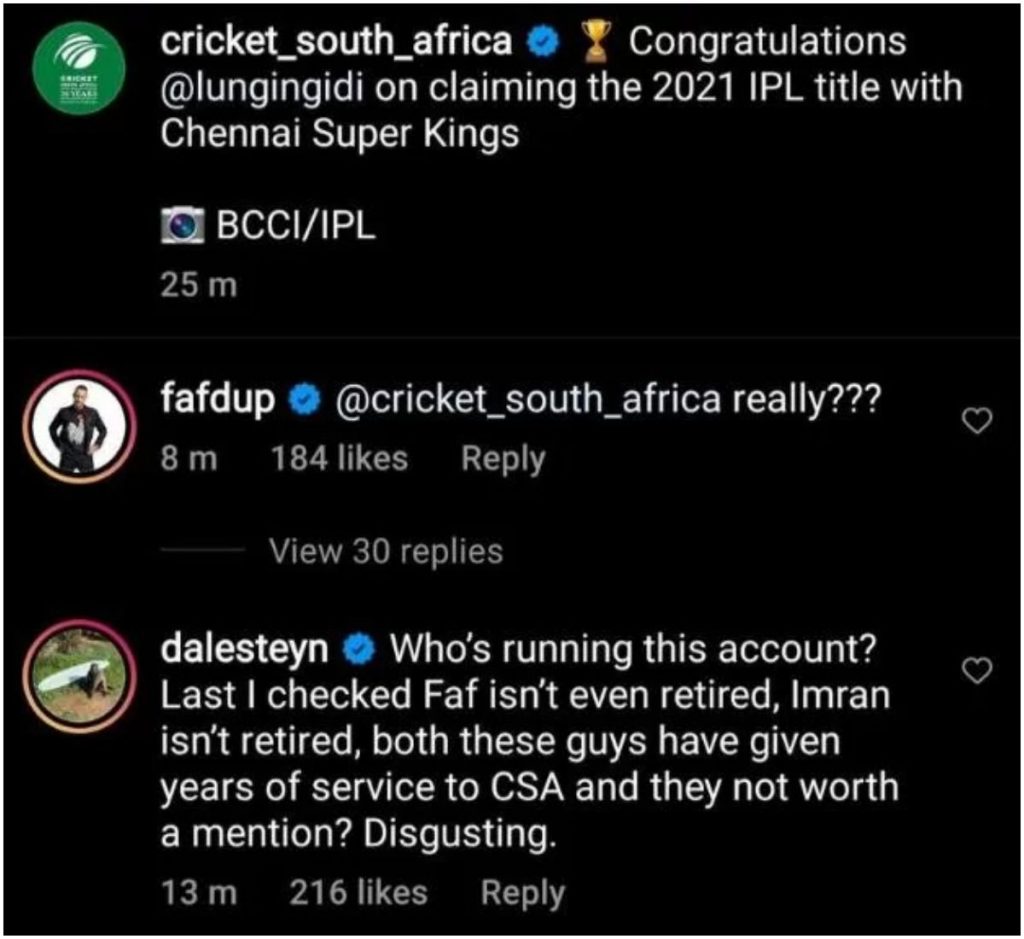 Faf played an important role for Chennai Super Kings, who won the 2021 IPL, beating Kolkata Knight Riders in the final. However, Cricket South Africa, initially, congratulated only Lungi Ngidi for winning the trophy.

Later, former fast bowler Dale Steyn lashed out at CSA for the indifferent treatment towards Faf. In the wrong side of his 30s, du Plessis may not make a comeback to the national team, but he deserves a sendoff that an indefatigable member of a team generally gets.

100MB @100MasterBlastr
59 minutes ago
Tilak Varma had a phenomenal season and that earned him a place in this list. 💥