Flashback: The first-ever six in Test, ODI and T20I cricket 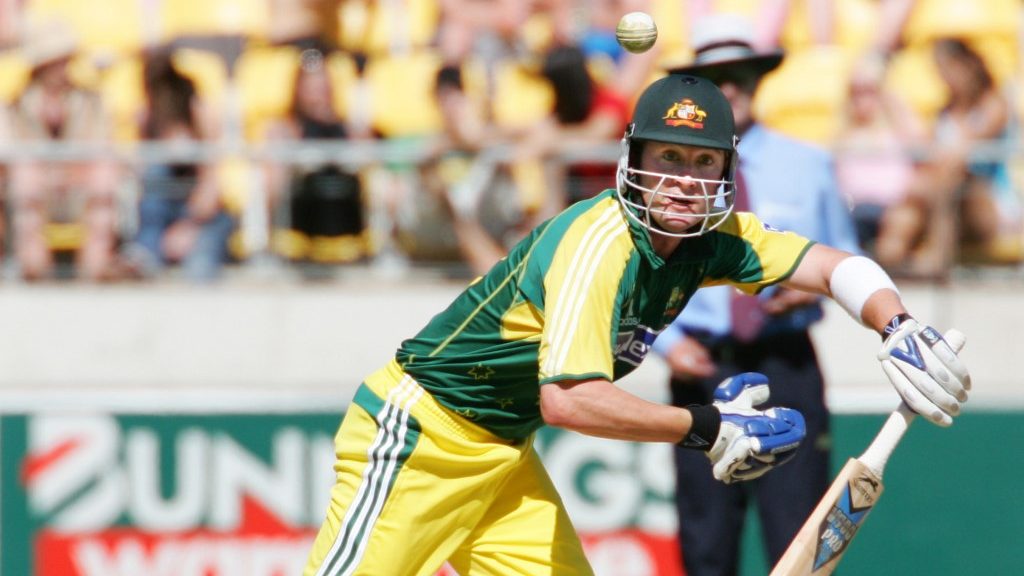 Hitting sixes has become a slightly easier task irrespective of the formats in recent times compared to the past decades. However, the effort put to produce the first-ever six of a format was pretty high at those times. Compared to the first-ever six hit in the T20Is, the first such hits in Test and ODI format needed much more effort due to the huge boundary lengths back then.

Here we look at the first-ever sixes recorded in all the three formats in international cricket:

Michael Clarke opened along with Adam Gilchrist after Australia elected to bat first. The Aussies showed intentions of going for big hits from the very first ball. On the 5th ball of the opening over, Clarke flat batted a short delivery from Daryl Tuffey over the deep extra cover region to become the first player to hit a six in this format. Unfortunately, Clarke got out on the very next ball trying to hit another boundary.

The ODI format took birth in an accidental manner as Australia and England played out a 40-over match in 1971 January. The game was played at the Melbourne cricket ground to compensate for the losses caused due to the abandonment of a Test match supposed to be played at the MCG. England, who batted first, were bowled out for 190 in the last over of the match.

In reply, Australia chased down the target with five wickets and more than five overs to spare. Ian Chappell was the star with the bat for the Aussies who scored 60 from 103 balls. The elder Chappell hit six boundaries during his innings which included the first-ever six of the format. Chappell stepped out in the bowling of Ray Illingworth and sent the ball sailing over the fence in the long-on region.

The first-ever six hit in Test cricket has many versions due to the rules that existed in the 19th century for awarding ‘six’ runs. In only the 2nd match of Test cricket, Australia’s Charles Bannerman cleared the fence off James Lillywhite at the MCG in 1877. The hit was awarded only five runs as the shot that cleared the ground was considered as six runs at that time.

In such a case, Joe Darling of Australia is considered to have hit the first-ever six in Test cricket during the 1898 Adelaide Test against England. Darling cleared the Adelaide Oval in the bowling off Johnny Briggs. It was the last of the three sixes Darling struck during his 178-run knock in the first innings of the game.

However, nine years prior to Darling’s hit, England’s Arnold Fothergill became the first player to earn six runs by clearing the boundary in the longer format. Fothergill hit a maximum off South Africa’s Albert Rose-Innes in the 1889 Port Elizabeth Test, which was the first-ever Test match hosted by South Africa. Six runs were given for the hits that cleared the fence on full in the Test matches on South African soil and not only for the shots that went outside the venue.