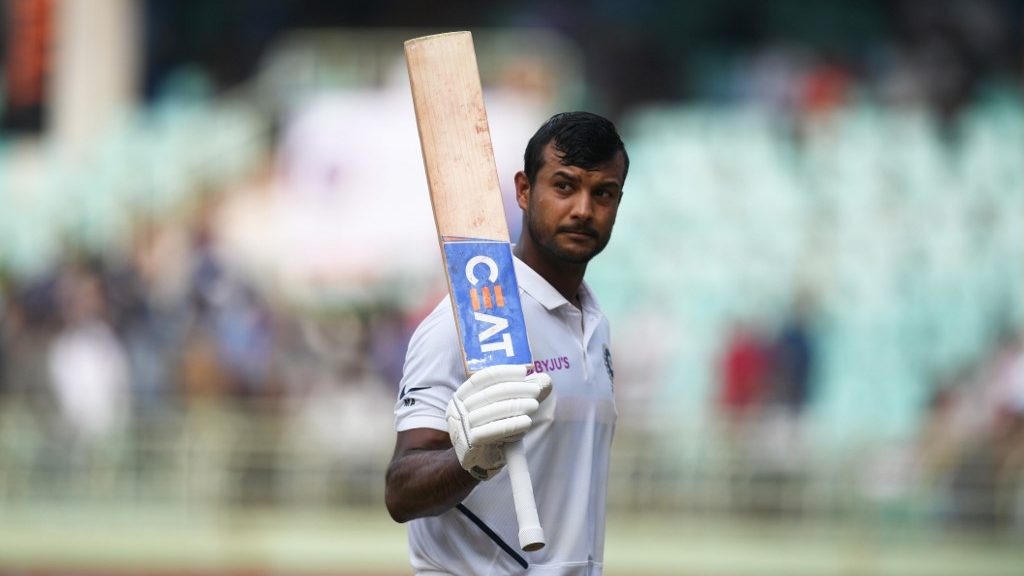 While all eyes on the opening day of the first South Africa Test were on Rohit Sharma, his partner at the other end quietly went about business as usual. With a stunning 215 to his name, Karnataka’s Mayank Agarwal became the first Indian opener to score a double century in Tests since Virender Sehwag.

A debut to remember

It wasn’t long ago that the 28-year old walked out to make his Test debut in the Boxing Day Test, surrounded by an intimidating crowd at the Melbourne Cricket Ground. At a time India’s opening pair of KL Rahul and Murali Vijay was struggling to time the ball, a confident Mayank came in like a breath of fresh air. Embracing the magnitude of Test cricket, he shed his inhibitions and opened his wings. After sweating it out on the domestic circuit for five years and patiently waiting on the sidelines, his time to prosper had finally come. Scores of 76, 42, 77 in his first three innings down under were a testimony to the skills he had spent years perfecting. His calm, unhurried approach to batting was just what India needed.

But like every other cricketer, Mayank too had his fair share of trials and tribulations. His first two years in first-class cricket didn’t fetch him a single hundred despite his reputation as a top-order batsman. In the 2017-18 Ranji Trophy, his twin ducks in a match against Hyderabad threw him at the deep end. It was probably the lowest point of his career. Yet, it didn’t seem to deter him. In the next 27 days, Mayank made history by amassing 1003 runs – a milestone he would proudly cherish for the rest of his life. That turnaround wasn’t out-of-the-blue. It was a result of the unwavering support of his teammates and strong words from a certain someone.

“I remember we contemplated dropping him from a Ranji game. But when (captain) R Vinay Kumar gave him a push (motivational words), he scored a triple hundred and did not look back from there,” said Robin Uthappa, Mayank’s state teammate and former Indian batsman.

Five domestic hundreds that season (including his personal best of 304* vs Maharashtra) later, Mayank was finally at the selectors’ doors, knocking harder than ever. They couldn’t ignore him. Though, he had to wait for his international debut until December 2018. A patchy West Indies tour followed a successful one in Australia. Still, Mayank had done enough to earn the faith of the team management, who consequently named him India’s first-choice opener for the South Africa series.

100MB @100MasterBlastr
47 minutes ago
Team India have slipped to the 4th position after the penalty for slow over rate.