Has Mohammed Siraj become India’s first-choice pacer ahead of Ishant? 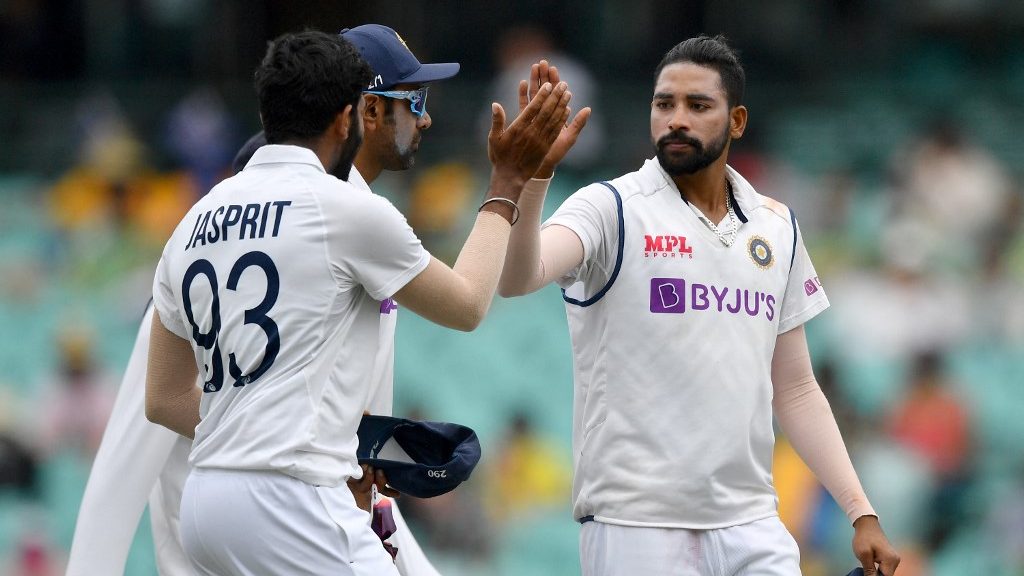 Ever since his debut at the Melbourne Cricket Ground, Mohammed Siraj has emerged as one of the promising talents for India. In recent years, India has displayed their dominance in the longest format of the game. One of the reasons behind their success has been their fearless and dominating fast bowling unit.

Talking about Siraj, he has cemented his place in the red-ball setup owing to his exceptional outings with the ball. Whenever he received an opportunity, he made the best of it to exude his prowess to the cricketing world. And probably it is one of the key reasons why he has been preferred over Ishant Sharma in the setup.

Only 4 players who were part of each of Team India’s 4 overseas wins (Lord’s, Gabba, Oval & Centurion) in this incredible year of 2021 !!!#CricketTwitter pic.twitter.com/i1kVB25hFh

Ishant has a plethora of experience under his sleeves, but the consistency with which Siraj has delivered for the side makes it almost impossible to ignore him. In the Brisbane Test, he registered his five-wicket haul to be one of the architects of the team’s historic victory. In just his third Test, he led the team’s pace attack as the most experienced bowler on the side.

He showed immense character by bowling long spells and varied his pace and lengths to trouble the Australian batters. The speedster also looked in complete control, which further garnered the audacity of his repertoire. Then in the England series, he made sure he continues his good touch to help India take command of the series.

Siraj picked up 14 wickets from the four Tests against the hosts and yet again showed his ability to perform well in the away conditions. In the recent home series against New Zealand as well he chimed in with crucial breakthroughs to help India blow the trumpet of their repertoire. Over time, he has become the captain’s go-to man in crunch situations.

In the ongoing Test series against South Africa as well, he did not fail to put forward the basket of skills he possesses. He was given a go-ahead of Ishant Sharma for the first Test match at Centurion. India secured a historic win as they became only the third team to defeat the Proteas at that venue. Siraj picked up the wicket of Rassie van der Dussen in South Africa’s first innings, whereas he picked the prized scalp of Quinton de Kock and Keegan Petersen in the second.

100MB @100MasterBlastr
39 minutes ago
Tilak Varma had a phenomenal season and that earned him a place in this list. 💥