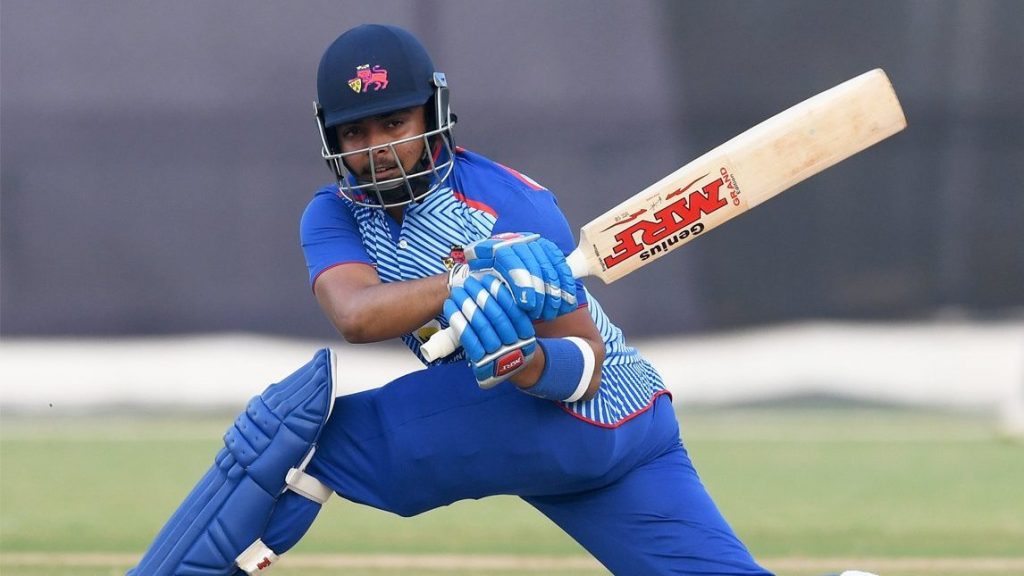 Vijay Hazare Trophy, India’s premier domestic one-day men’s tournament, has been a ladder for many youngsters to break into India’s national team setup. Five-time champions Tamil Nadu smashed 373/4 against Goa in the latest fixture of the 2022-23 edition of the tournament.

Batters are dominating the latest edition of the tournament with seven 350-plus totals already with Railways scoring 399 and Saurashtra and Haryana scoring 397 runs. But these are not the highest team totals in Vijay Hazare Trophy history, so, let’s take a look at top three highest totals.

In 2010, Madhya Pradesh created history when they scored a big 412/6 runs against Railways in the Central Zone group-stage fixture. This was the first-ever 400-plus total in the tournament’s rich history. They broke Mumbai’s 398/3 total record and hold on to the record for more than ten years. Wicketkeeper batter Naman Ojha scored the highest 167 runs and Harpreet Singh smashed unbeaten 111 runs off just 71 balls for Madhya Pradesh. TP Sudhindra took four and Ankit Sharma grabbed three wickets to bowl out Railways on 228 runs to record a big 184-run win.

The young wicketkeeper batter Ishan Kishan played one of the best knocks in the domestic cricket when he smashed 173 runs off just 94 balls against Madhya Pradesh in the Vijay Hazare Trophy 2021 Group B fixture. Due to Ishan’s heroics, Jharkhand managed to post 422/9, the highest total in the tournament’s history. They broke Madhya Pradesh’s record of 412 runs and then bowled out them on just 98 runs to record a 324-run win.

Jharkhand’s 422-run total record lasted for only five days with Mumbai shattered records by scoring 457/4 against Puducherry on February 25, 2021. This was the first-ever 450-plus score in Vijay Hazare Trophy’s history and the fourth-highest score in List A cricket all over the world. Prithvi Shaw smashed unbeaten 227 runs off 152 balls and Suryakumar Yadav scored 133 runs off 58 balls to help Mumbai score 457/4 while batting first at Sawai Mansingh Stadium in Jaipur. Then young spinner Prashant Solanki took five wickets to bowl out Puducherry on just 224 to hand Mumbai a 233-run win.