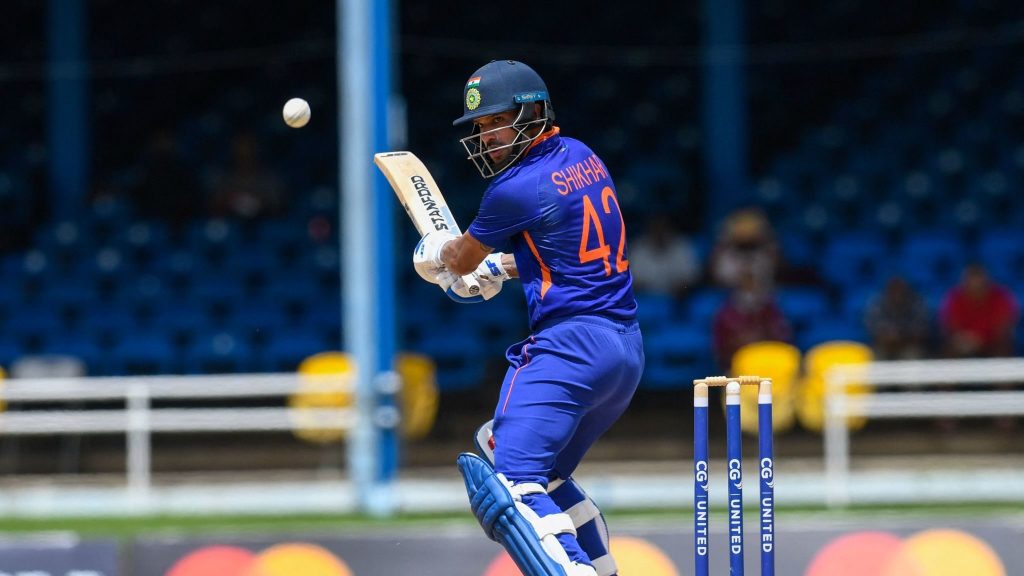 Shikhar Dhawan has had a good run in the ODI format for the last few years. The Indian batter has said that he still enjoys the format despite all the talk around its relevance. Notably, Ben Stokes recently announced a shocking retirement from ODI cricket to turn his focus on Tests and T20Is, while there have been suggestions from experts including Ravi Shastri and Shahid Afridi to reduce the length of the 50-over format.

Dhawan recently led India in the three-match ODI series against West Indies and the team whitewashed the opponents in their own backyard. Dhawan has also been named as the skipper for the upcoming tour to Zimbabwe, however, he is not a part of the T20I team since July 2021 despite scoring consistently in the IPL. In a lengthy discussion, Dhawan opined on the current stature of ODI cricket.

I look to make the most out of every opportunity: Shikhar Dhawan

Dhawan mentioned the bright side of ODI cricket by explaining its charms. “I really enjoy playing ODI cricket. It’s an art and still has charm. I love playing it. Like Test and T20 have their values, ODI cricket is also exciting. I really like it,” Dhawan was quoted as saying by the Indian Express.

Dhawan also said that he feels unsure about his current status in the Indian T20I side but he is keen to make use of any chances he gets in any format. “I honestly don’t know about it, maybe it could be the reason. I don’t want to go deep about it… I have not played T20 for India for a long time now, I don’t know where I see myself. I look to make the most out of every opportunity I am getting. Be it IPL, domestic cricket, or ODI, I just want to do well, and that is the only thing under my control,” he added.