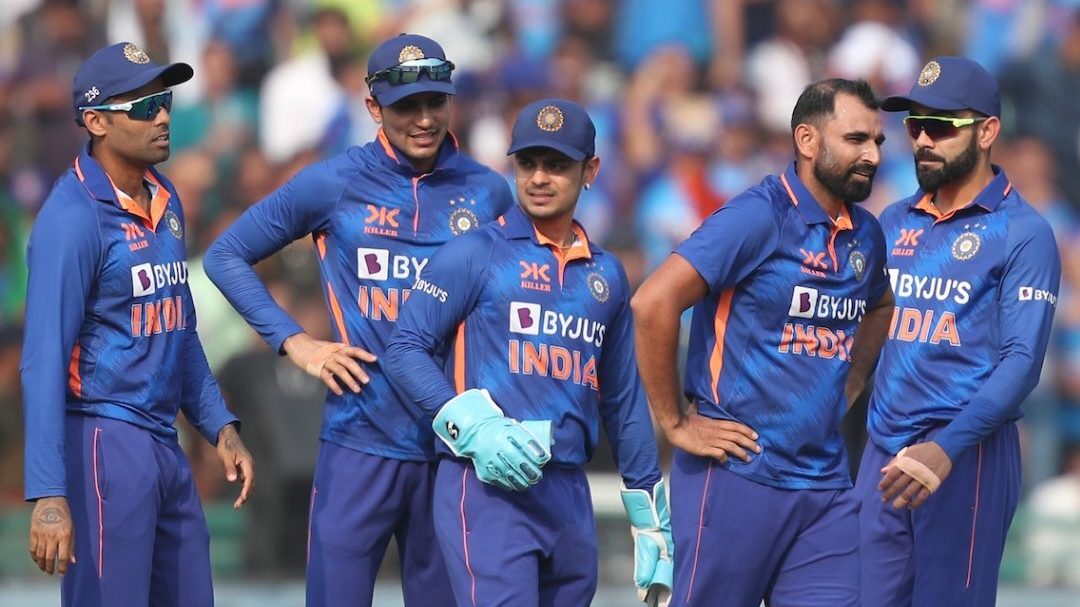 India and New Zealand squared off at the Shaheed Veer Narayan Singh International Stadium in Raipur for the second ODI of the three-match series. The Men in Blue clinched another victory by putting up a masterclass against the visitors. The Kiwis were left baffled as India bagged a magnificent eight-wicket victory and took an unassailable 2-0 lead in the series.

Winning the toss, Rohit Sharma put the visitors to bat first. The decision to bowl first worked wonders for India as the bowlers did a tremendous job and got the game going quickly. New Zealand’s batting unit witnessed a terrible collapse as the Kiwis lost four batters within the first 10 overs, and lost the fifth wicket soon after the powerplay.

Pacers Mohammed Shami, Mohammed Siraj, and Hardik Pandya struck in the powerplay to send four batters packing, and Shardul Thakur struck once as New Zealand were reduced to 15/5 at one stage. The sixth-wicket partnership between Michael Bracewell and Glenn Phillips, followed by the seventh-wicket stand between Phillips and Mitchell Santner helped New Zealand put some runs on board.

Shami was at his best as he finished with three wickets while Pandya and Washington Sundar picked up two wickets each. Thakur and Kuldeep Yadav managed to add one scalp each, bundling New Zealand out for 108. The Men in Blue restricted the visitors to their third-lowest ODI total and set themselves an easy target to clinch the series.

India’s start to the chase was good as Rohit Sharma and Shubman Gill added 52 runs in the powerplay. The Indian skipper quickly got to his half-century, while Gill took his game slow. Rohit was dismissed by Henry Shipley, but the wicket did not cause much trouble to India as a chunk of the total target had been already covered. Though India lost two wickets during the chase, comprehensive efforts from the unit helped the side bag an eight-wicket win.

Top Performers from the match:

The veteran spinner got the ball talking in the very first over of the game. He picked up three key wickets in the first innings and registered 3/18 in six overs. His spell helped the Men in Blue put the visitors in trouble, and eventually dish them out for 108 runs in the first innings.

Though the target was very low, Rohit Sharma put up a good batting show. He scored a 50-ball 51 before being dismissed by Henry Shipley. He scored a major chunk of India’s total target and led the team from the front.

What’s next for both teams?

India and New Zealand will face each other next in the third ODI of the series at Holkar Cricket Stadium in Indore on Tuesday, January 24, 2023.