IND vs NZ: Siraj asks fans to cheer for India instead of RCB, video goes viral 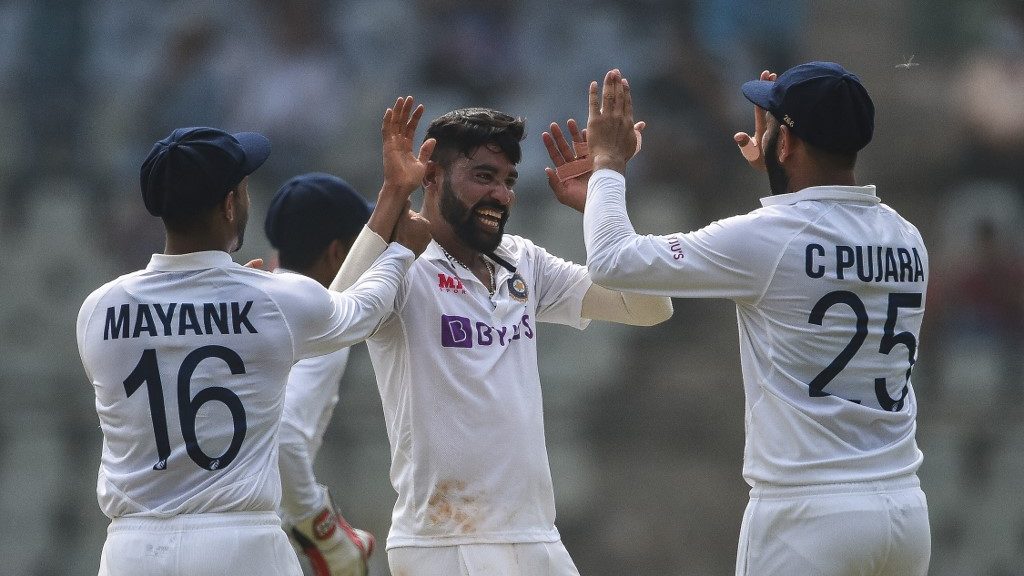 Team India couldn’t have recorded a more emphatic win against the Kiwis in the recently-concluded Mumbai Test. With the Kiwis managing a hard-fought draw in the opening clash, the second and final Test was expected to witness another tight battle. Contrary to the expectations, the Virat Kohli-led side walked away with a colossal 372-run win, clinching the series 1-0.

Among many Indian players who enjoyed an impressive outing in the contest was Mohammed Siraj. The right-arm delivered a dream opening spell in New Zealand’s first innings and took three wickets in no time. The visitors couldn’t recover from his blow and got skittled out for 62. It was one-way traffic from there on. Hence, it won’t be wrong to say Siraj was one of the chief architects of India’s triumph.

Owing to the same, the Mumbai crowd was chanting his name after the game concluded. Siraj was more than happy to address his fans as he waved his hands and even gave a flying kiss to the spectators. However, the notable moment was Siraj’s reactions after fans started chanting RCB (Royal Challengers Bangalore). Notably, the pacer plays for RCB for the Indian Premier League (IPL) and has even been retained ahead of the 2022 season.

In order to cheer the speedster, several fans started chanting RCB. However, Siraj pointed towards and jersey and asked them to chant for India instead. The video of the same got viral in no time and the pacer bagged a lot of praises. Meanwhile, Siraj will next been in India’s upcoming tour of South Africa where three Test matches are in schedule.

Although the likes of Mohammed Shami and Jasprit Bumrah are set to comeback, Siraj is likely to continue in India’s first choice playing XI. Meanwhile, India will certainly have some selection dilemma in South Africa tour with many players throwing their hat in the ring. However, Kohli didn’t opt to reveal many things about the upcoming plans.

“These are not things I can sit here and answer in a press conference. You need discussions on these things, you need to analyse what is best for the team and the individuals as well, and come to a common conclusion,” said Kohli on being asked about India’s possible combinations.

“More often than not, issues are discussed, and we come to a collective decision, which feels the most balanced. That’s the same process we are going to follow moving forward as well. It is upon lengthy discussions where everyone puts in their ideas,” he added.

100MB @100MasterBlastr
49 minutes ago
Tilak Varma had a phenomenal season and that earned him a place in this list. 💥