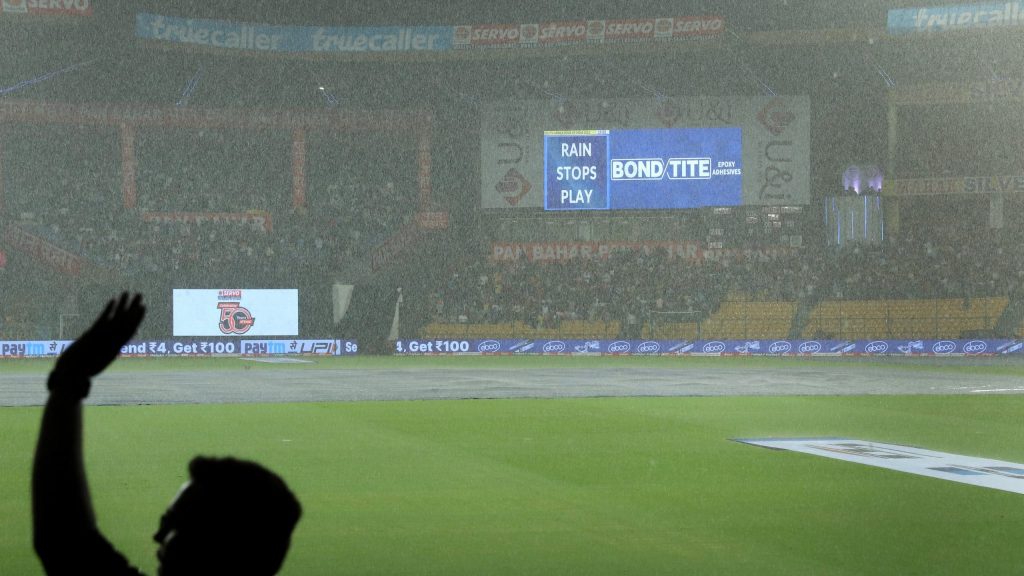 The Karnataka State Cricket Association (KSCA) has announced that there would be a 50 percent refund for the ticket holders of the fifth T20I match between India and South Africa in Chinnaswamy as the match was abandoned due to rains only after 3.3 overs of play on June 19 (Sunday). The match was initially delayed and was also reduced to a 19-over game before it was called off due to persistent rain.

A KSCA spokesperson said that as per terms and conditions, even if there is one ball bowled, there shall be no refund. But the KSCA, as a good gesture, would refund the amounts for all paid tickets. The start of the match was delayed by over 45 minutes, and the weather seemed temporarily clear before the players walked in. But the rain was incessant and frequent once the game was halted.

Ticket holders are requested to retain their original tickets: KSCA

“Karnataka State Cricket Association (KSCA) regret to announce that due to heavy and continuous rains the 5th T20 India vs South Africa match played at Chinnaswamy stadium was abandoned after India batting first playing for just over three overs,” said Vinay Mruthyunjaya, Treasurer and Official Spokesperson KSCA, who was quoted as saying by News 18.

“As per the terms and conditions in case even one ball is being bowled there shall be no question of refund. However, the KSCA as a gesture towards the cricket fans have decided to refund 50 percent of the amounts for all the paid tickets,” said Mruthyunjaya.

The refund process will be explained soon, as the KSCA spokesperson added, “The modalities with respect to the refund with the dates, time and venue will be announced shortly. All the paid ticket holders are requested to retain their original tickets to claim refunds.”

Meanwhile, the five-match T20I series ended at 2-2, and both team captains Rishabh Pant and Keshav Maharaj shared the trophy. The Men in Blue, after a short break, will be off to Ireland for a two-match T20I series, starting on June 26. South Africa, on the other hand, will tour England for three ODIs, three T20Is and three Test matches, starting from July 19.

100MB @100MasterBlastr
45 minutes ago
Team India have slipped to the 4th position after the penalty for slow over rate.