India look at me as a three-format player: Shardul Thakur 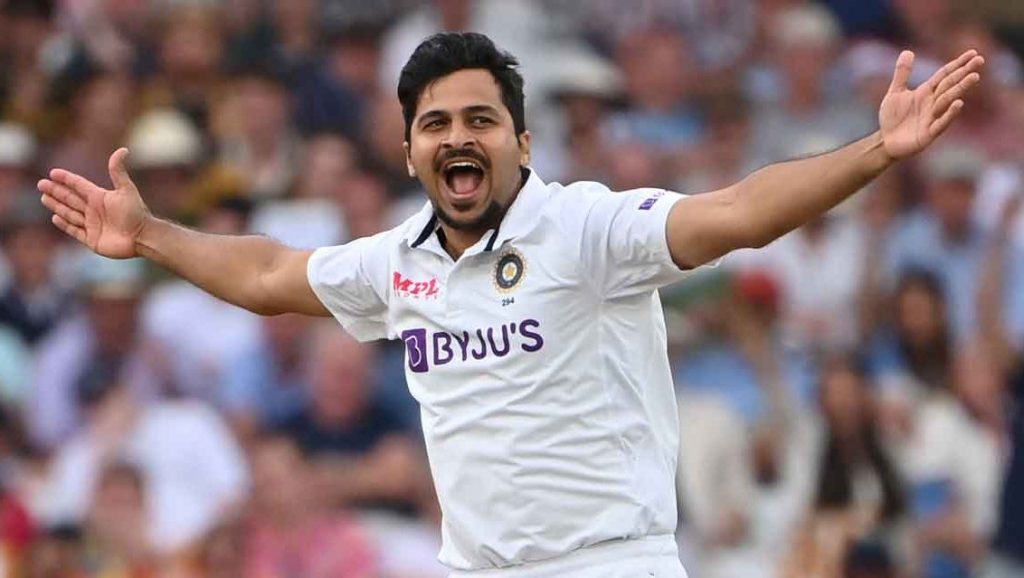 Indian all-rounder Shardul Thakur is currently part of the ongoing India-A v/s New Zealand-A series and has recently opined on where he stands when it comes to being part of the national side again. The right-arm seamer picked up four wickets in the first unofficial ODI against New Zealand-A and helped his side to bundle up the opposition for just 167. India A chased down the score in just 31.5 overs with Rajat Patidar’s unbeaten 45 taking the side home.

Thakur, however, wasn’t named in the squad for the T20 World Cup 2022 and he neither was part of the recent Asia Cup 2022. He last played for the country in the ODI tour of Zimbabwe and impressed with a three-wicket haul in the second game. Speaking on his return, Thakur put forward his views on various factors that will work on his favour to return to the Indian side.

Definitely looking for a national call again whenever they want my services: Shardul Thakur

Thakur mentioned that he was conveyed about being an all-format player by the India team management earlier and felt that the packed schedule has not allowed much of a conversation further. He noted that the strategic thinking and planning has been prioritised at the moment and highlighted his performances in recent times. He concluded that he is optimistic about a national call soon.

“In the first conversation between them and me, they conveyed to me that I am a three-format player for them,” Thakur was quoted as saying by a cricket news website. “They are looking at me in all three formats. After that [conversation], we really did not sit and have a chat because we have been playing games regularly. If you see, the schedule is packed”.

“The Indian team is playing series after series with a gap of just four-five days. No one has really had time to sit and chat with each other. All the chat that we have had otherwise was game-based, or planning in terms of strategy for the next game – that kind of stuff. I am bowling well, getting wickets. Even in the last two white-ball series [against Zimbabwe and the West Indies] that I’ve played, I have taken wickets. So definitely looking for a national call again whenever they want my services,” he added.