IPL 2022: Yuzvendra Chahal opens up about his famous sliding celebration 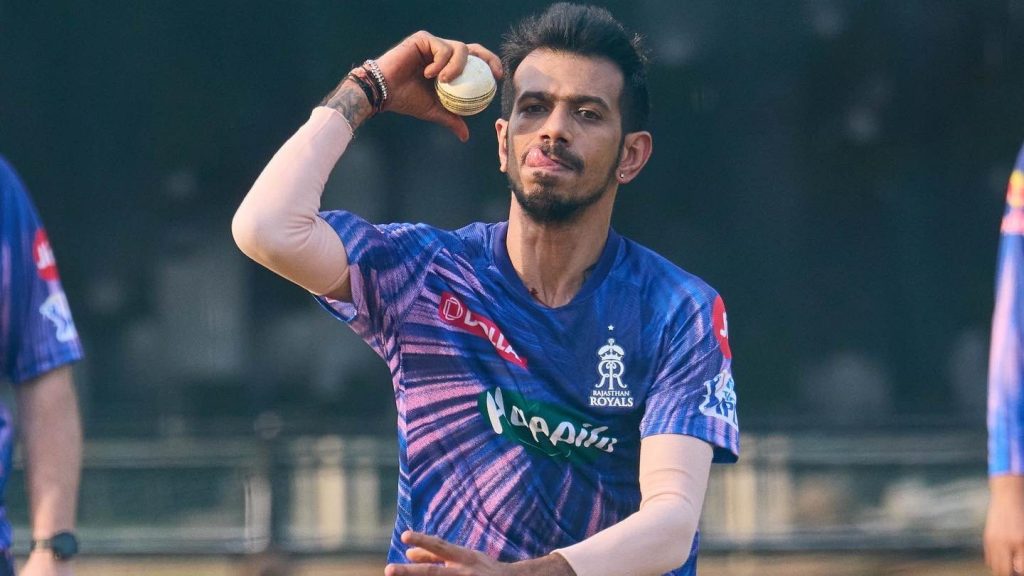 Rajasthan Royals leg spinner Yuzvendra Chahal recently revealed the reason behind his famous celebration after picking up a five-wicket haul in the ongoing IPL 2022 edition. Chahal has been in great form this season and has played an immense part in the successful run for his franchise in IPL 2022 as well. The 31-year-old is at the top of the wicket-takers list for bowlers with 22 scalps in 11 games this season and has looked in great rhythm as well.

In the game against Kolkata Knight Riders, Chahal turned around the game for his side with a brilliant five-wicket haul and picked a hat-trick as well in the process. It was his maiden hat-trick in the tournament and he finished with 5/40 in his 4 overs. However, the most notable thing was his reaction after picking up the fifer as he ran and slid on the ground with his arms bent on his knees.

Opening up about the same, Chahal recalled the incident in the 2019 World Cup when he was benched for a game and was lying on the ground which raised a lot of meme posts on him. He noted that it was special to him and took only the good part of the posts. The leg-spinner added that he had made up his mind that he will do the pose as a celebration after picking up a fifer.

“In 2019, our world cup was going on and I was not playing that match and was lying outside the ground. So, I didn’t know that the post had become quite famous. I later came to know that many memes were also made on it, so it become quiet special for me. I then thought that whenever I’ll take five wickets in a match, I would do this pose as a celebration,” Chahal said in an interaction on Sharechat.

Meanwhile, we are in the business end of IPL 2022 and Chahal would like to extend his sensational run to take his side to glory.