Jhulan Goswami gets a guard of honor from England players 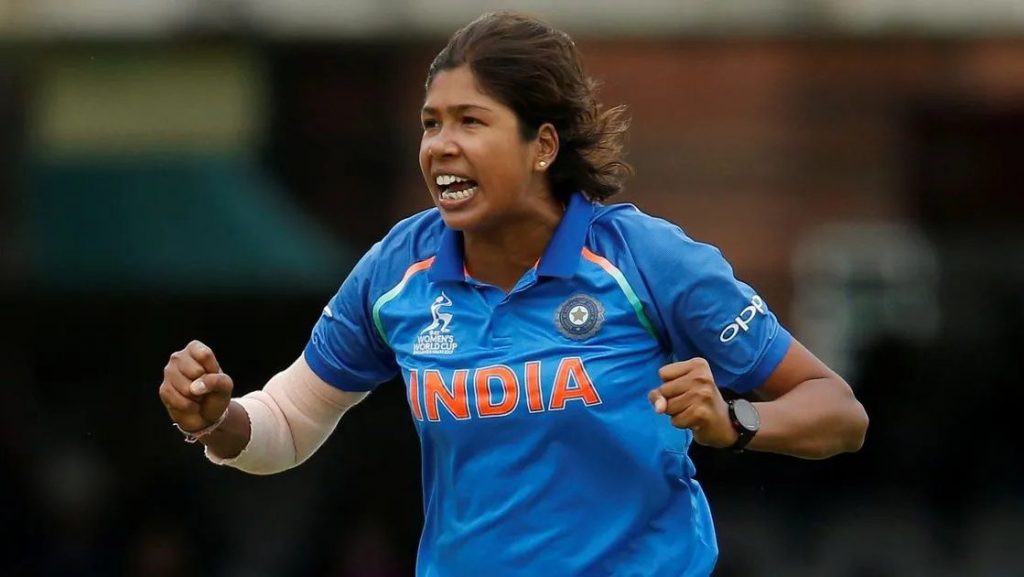 Veteran India pacer Jhulan Goswami is currently playing her final international game in the third WODI between England and India that is being played at the iconic Lord’s Cricket Ground. Jhulan would be expected to add more to her wickets tally in the second innings.

Meanwhile, the versatile speedster got a guard of honor by the opposition players when she came out to bat at the end of the 39th over of the first innings. England dominated the proceedings taking wickets early despite valiant half-centuries from Smriti Mandhana and Deepti Sharma.

As Goswami came out to the crease, the English players stood in two lines and applauded her and even the crowd at Lord’s gave her a standing ovation. The video was posted by England Cricket on their official Twitter handle.

Sadly, there were no fireworks from Goswami as she was castled for a golden duck by Freya Kemp. Apart from Smriti and Deepti, the rest of the batters failed to show any resistance as the Women in Blue were bundled out for just 169 in the 46th over.

It now remains to be seen how many scalps the tall speedster will be able to register to her name as India try hard to defend a paltry total to register a whitewash in the One Day series. The Indian eves are leading the three-match series 2-0 and now, the former world champions are looking to salvage pride by winning this dead-rubber.

Jhulan Goswami has 353 international wickets which is the most in women’s cricket history. Jhulan has also registered the most number of scalps (43) in Women’s World Cup history. Even though the two-time World Cup finalist will be bidding adieu to international cricket, she has made it clear that she would be participating in the inaugural edition of the Women’s IPL next year.