Most sixes by a team in ODI innings 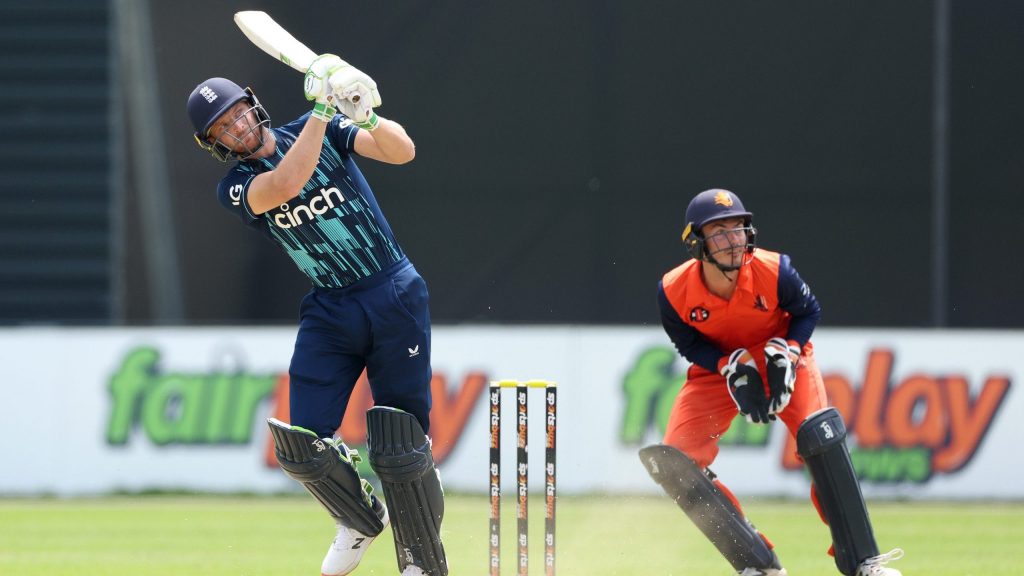 Teams have always benefitted with players who can strike the ball long and having such players becomes very handy in the limited-overs cricket. A six can ease out the pressure created by the bowlers. The modern era has changed a lot and the six-hitting teams have enjoyed a lot of success in the last decade. England is a perfect example of how the transformation has happened from the 2015 World Cup to the 2019 World Cup. Here are the teams with the most sixes in an ODI innings:

In the 2019 England tour of West Indies, the visitors ripped apart the bowling attack and hit 24 sixes in the innings. It was the Jos Buttler show out there as he scored a 150-run knock off 77 balls, which included 12 sixes. Eoin Morgan scored a century as well, hitting six sixes in the process. With Alex Hales and Jonny Bairstow combinedly hitting six sixes, it boosted up the total to 418/6 for England. West Indies came close to chasing but lost by just 29 runs in the end.

England hit a tally of 25 maximums in 2019 in Manchester against Afghanistan during the ODI World Cup. Eoin Morgan’s 148 off 71 balls stole the show with 17 sixes to his name while Jonny Bairstow, Joe Root and Moeen Ali hit eight sixes combined. Afghanistan ended up losing the game by 150 runs as a massive total was posted in the first innings by England.

England holds the record for the most sixes by a team in ODI innings as they created a carnage against Netherland recently in an ODI in Amstelveen. Three batters Phil Salt, Dawid Malan, and Jos Buttler scored centuries for England in the first innings as they recorded the highest total in an ODI. Buttler alone managed to hit 14, while Liam Livingstone hit six sixes to add up to 20 sixes. Salt and Malan hit three sixes each to finish their team tally at a record 26.

100MB @100MasterBlastr
55 minutes ago
#OnThisDay, Rohit Sharma scored his 5th century of the 2019 World Cup, the most by any batter in a single World Cup. 💯 https://t.co/18DPLtx6Ix
View on Twitter