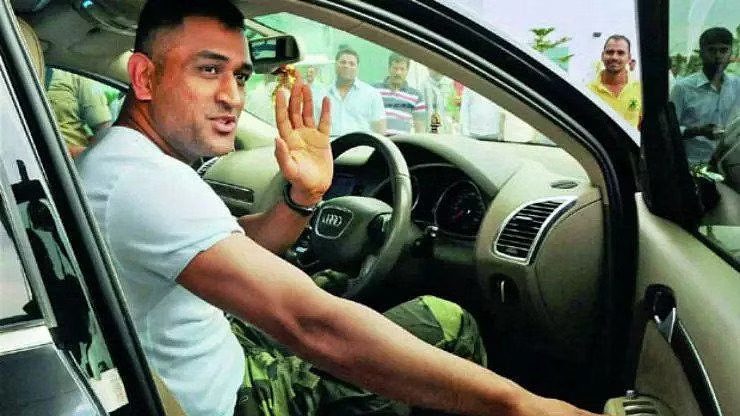 Former India skipper MS Dhoni is known for his love for bikes, incredible car collection and has managed to add yet another four-wheeler to his garage. He was recently spotted taking a ride in his brand new SUV (KIA EV6) alongside Kedar Jadhav and Ruturaj Gaikwad in his hometown Ranchi.

Dhoni has been spending time with friends and family and is also focusing on his movie production business ever since the conclusion of the IPL 2022. Apart from that, the veteran wicketkeeper-batter has also kept himself engaged with brand endorsements.

MS Dhoni buys a new car, adds one more to his best collections

Recently, Dhoni brought a new KIA EV6 which is a five-seater fully electric SUV. He was spotted driving the vehicle on the streets of his hometown Ranchi and also took Ruturaj Gaikwad and Kedar Jadhav alongside for a ride.

The video of Dhoni driving his stylish SUV went viral on social media in no time. Take a look:

Meanwhile, Kedar Jadhav and Ruturaj Gaikwad are in Ranchi to participate in the ongoing Vijay Hazare Trophy 2022. They are representing Maharashtra. Maharashtra are currently locking horns with Services in an Elite Group ‘E’ fixture.

Maharashtra have showcased outstanding performances so far and are unbeaten in this edition of the tournament. They have a good opportunity of topping the table provided they get the better of Services.

As far as IPL 2023 is concerned, MS Dhoni has been retained by CSK and he would continue to lead the Yellow Army once again. However, with age not on his side, it remains to be seen how long will the 2011 World Cup-winning captain continue to keep going as an active player.

At the same time, it has also been reported that MS Dhoni might be included in some capacity in India’s T20I set-up with an eye on the ICC T20 World Cup 2024 in the Caribbean and the USA.