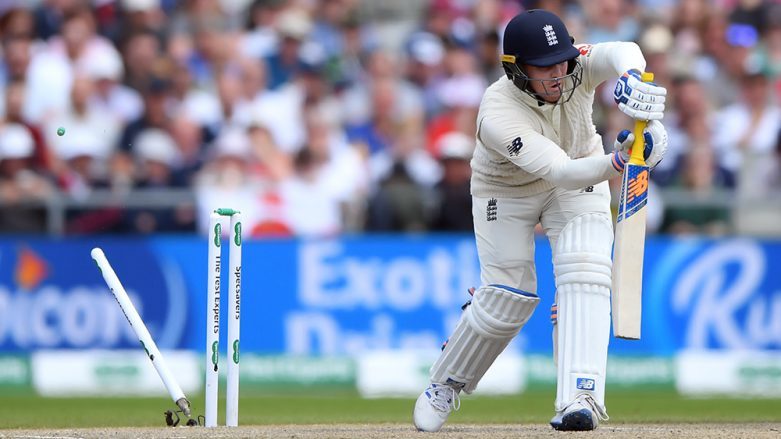 England had a poor start to their ODI series against the Netherlands on Friday with dashing opener Jason Roy falling early. The Netherlands won the toss and chose to bowl first at VRA Ground in Amstelveen. Roy walked out to open with Phil Salt but was quickly forced to take a long walk back to the pavilion. The Dutch pacer Shane Snater clean bowled Roy on the third ball of his over.

Interestingly, Roy is the cousin of Snater, as both of their mothers are sisters, born in Zimbabwe. This was always going to be an interesting family reunion with many predicting the English ace hitting big against his Dutch cousin. But Snater bowled out his cousin with a full-length delivery, with just one run to his name. Roy smiled for a second when he left the pitch but looked disappointed to get out so early.

England creates a new world record for most runs in ODI

Despite an early wicket, England looked confident of scoring big with Phil Salt and David Malan scoring centuries to add 222 runs for the second wicket. They lost Salt in the 30th over and then entered the in-form Jos Buttler. He was on full throttle from the start and went on to score an unbeaten 162 runs off just 70 balls with the help of seven fours and 14 sixes.

Dutch captain Pieter Seelaar’s back-to-back wickets of Malan and English skipper Eoin Morgan in the 45th over brought Liam Livingstone in the middle. He joined forces with Buttler and the two in-form hitters smashed 84 runs combined and made few records for themselves and their team.

England finished their inning at 498/4 with 21 runs in the last over, the highest-ever score in an ODI match. They broke their record of 481 runs, made against Australia in 2018. They also hit 26 sixes to break their world record of most sixes in an ODI innings.

Meanwhile, Buttler scored England’s second-fastest ODI century off just 47 balls. He now holds the record for the top three fastest centuries for England in the ODI format. At the same time, Livingstone scored 66 runs off 22 balls, with the second-fastest fifty for England off just 17 balls. Shockingly, he reached the 46-run mark in just 13 balls but managed just 2 runs on the next three deliveries, missing AB de Villiers’ record for the fastest ODI fifty.