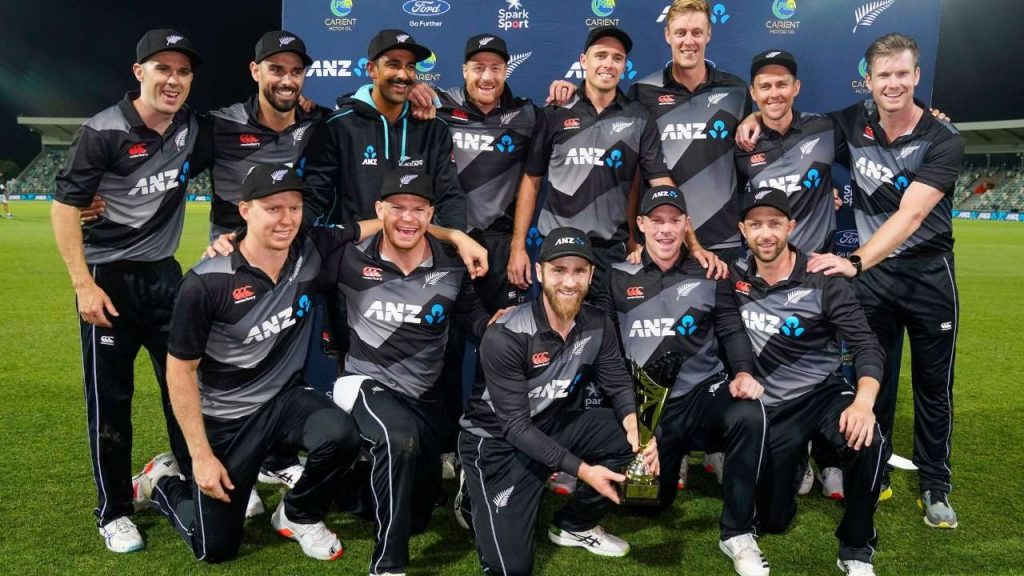 As New Zealand is all set to take on Ireland for three ODIs and as many T20Is in Dublin, the Black Caps’ wicketkeeper-batter Tom Lathan has been named as the skipper for the 50-over series. The T20I squad will be led by all-rounder Mitchell Santner for the series against Ireland, Scotland, and the Netherlands.

New Zealand are all set for a packed schedule in the upcoming months. While the Kane Williamson-led side is currently in England for a Test series, the skipper, alongside Trent Boult, Tim Southee, and Devon Conway will head back home after concluding the red-ball stint against the English team, thereby following the protocols of New Zealand Cricket’s obligation to player and staff wellbeing.

Latham will return home with Henry Nicholls, Matt Henry, Will Young, and Jacob Duffy after concluding the Ireland ODIs as Santner will succeed him to step into the captaincy role. The all-rounder will lead the Black Caps squad for the T20I stint against Ireland, Scotland, and the Netherlands, and will also be in charge of the squad for the only ODI game against Scotland.

Shane Jurgensen will lead the coaching staff for the Ireland part of the tour, with Luke Ronchi and former England player Luke Wright providing support, enabling Gary Stead to book a sabbatical. Jurgensen and Ronchi will leave after the Ireland series, with Stead resuming as head coach for the Scotland, Netherlands, and West Indies series, along with Graeme Aldridge (bowling), Dean Brownlie (batting), and Wright (fourth coach) alongside him in the coaching staff.

New Zealand has a packed schedule till the T20I World Cup

Starting July 10, the New Zealand team will be occupied in back-to-back white-ball games till September 11, as they are also scheduled to face West Indies and Australia before starting their World Cup campaign. Thus, the Kiwis will be facing five countries within the next three months in order to gear up for the T20I World Cup starting in October.