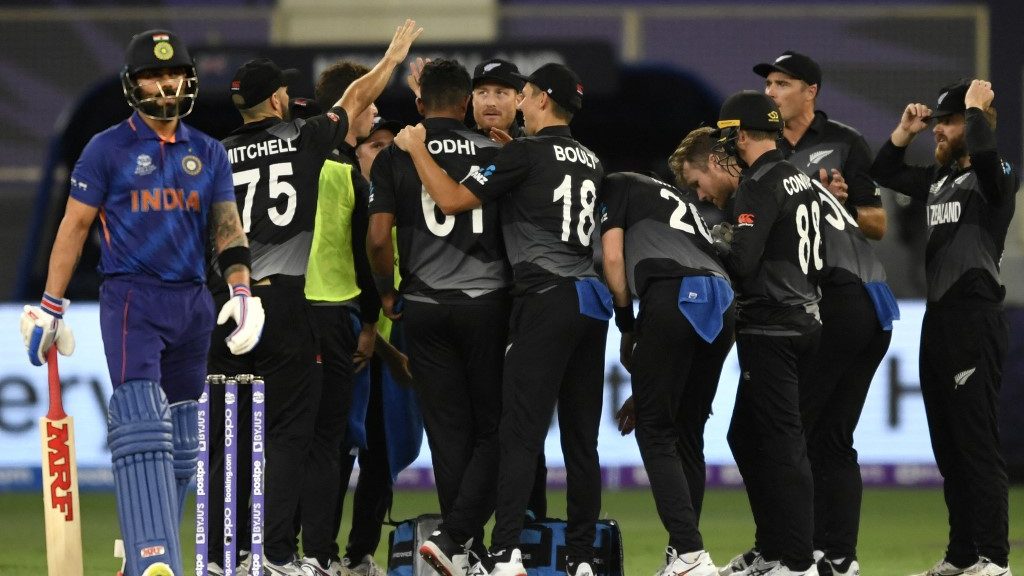 New Zealand are currently playing the first Test match against Bangladesh at Bay Oval. The Blackcaps made 328 runs in the first innings after losing the toss thanks to Devon Conway’s scintillating ton playing his first international game since the T20 World Cup 2021 semi-final against England.

Post completion of this two-match series against Bangladesh, the Kiwis are scheduled to tour Australia to play three ODIs and one T20I from January 30 to February 8. Also, New Zealand will host South Africa for two Test matches starting from February 17.

New Zealand has instituted a seven-day quarantine period for travelers entering the country, following which they will be isolated at home until receiving a negative result on day nine. According to a report in stuff.co.nz, if these regulations remain in the country for the next five weeks, then players who would be traveling back from Australia on February 9 will not be able to take part in the first Test against South Africa.

New Zealand Cricket has not yet decided how they will schedule the two upcoming series but is aware of the challenges posed by hosting them so close to each other.

Conway along with Tom Latham, Henry Nicholls, Kyle Jamieson, Tim Southee, and Trent Boult who all are a part of the ongoing first Test against Bangladesh might miss the series against Australia. New Zealand will also miss the services of Kane Williamson, who is recovering from an elbow injury that ruled him out of the second Test against India and the ongoing Bangladesh series.

Ross Taylor who announced his retirement from international cricket last week would be traveling to Australia to play the three ODIs and a sole T20I. The batting lineup against Australia might feature Tim Seifert, Martin Guptill, Glenn Phillips, and Mark Chapman. The bowling lineup is likely to have Mitchell Santner, Ish Sodhi, and Todd Astle along with Lockie Ferguson.

Jimmy Neesham and Colin de Grandhomme who are not regulars in the longest format could feature for the Blackcaps against their trans-Tasman rivals.