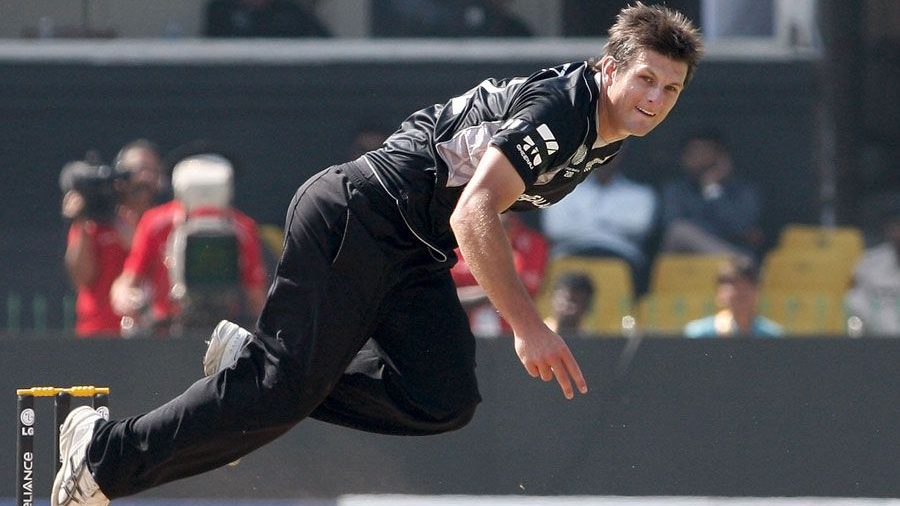 New Zealand pacer Hamish Bennett has announced his retirement from all forms of the game. The right-arm quick will hang his boots after the 2022/23 season and he informed the same on Tuesday (April 12). Bennett, who made his professional debut in December 2008, couldn’t make a significant mark at the highest level. However, he has been a formidable force in domestic circuits and his numbers are pretty impressive as well.

He has so far taken 499 wickets in professional cricket which includes nine five-wicket hauls. As far as his international numbers are concerned, the 35-year-old took 43 wickets in 31 appearances across formats. He last featured in the T20I series against Bangladesh last September. Incidentally, Bennett made his international debut against the very same time in an ODI in 2010. His lone Test appearance camp against India later that year.

He was also selected for the 2011 World Cup but was sidelined thereafter amid a lower-back injury, which required him to undergo a surgery in 2012. In fact, fitness issues have forced Bennett to miss numerous important tournaments and series in his career. While Bennett couldn’t make it big at the highest level, he certainly made a name for himself in domestic circuit.

I’ve been so fortunate to play alongside so many great players: Hamish Bennett

Overall, he clinched 12 domestic titles including five Plunket Shields, two Ford Trophy titles, four men’s Super Smash titles. He even won a women’s Super Smash title as Wellington Blaze’s bowling coach. “When I started out as a young kid bowling in the nets in Timaru, I never dreamed I would have gone on to enjoy the career that I’ve had,” Bennett was quoted as saying by nzc.nz.

“From Old Boys Timaru Cricket Club, who got me involved in cricket at the start, Timaru Boys’ High School, South Canterbury Cricket, Canterbury Cricket, Cricket Wellington, and New Zealand Cricket, as well as all the other great clubs I’ve played for down the years, they’ve all played a role in helping me achieve my cricket dream,” he added.

Bennett will walk off as a happy man as he’s pretty satisfied with his career. “I’ve been so fortunate to work and play alongside so many great players, captains and coaches and I’d like to thank every one of them for their support over the years. It’s been an honour to represent my family and my country for New Zealand and those memories and experiences will be ones that I cherish and tell stories about for the rest of my life,” said the former Kiwi quick.