On this day in 1983: Mohinder Amarnath takes India over the line against England 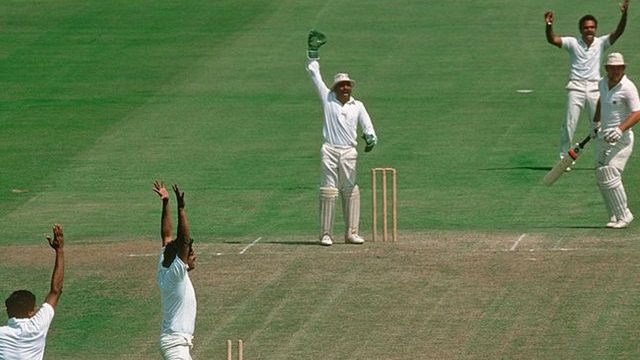 On this day (June 22) in 1983 Prudential World Cup semi-finals, India created history by making the finals of the edition on the back of Mohinder Amarnath’s all-round performances. The home side elected to bat first after winning the toss in Manchester and the opening duo of Graeme Fowler and and Chris Tavare got the side through the 50-run mark without losing a wicket.

In reply, the Indian openers Sunil Gavaskar and Kris Srikkanth did start well but two quick wickets left the Men in Blue stuttering at 50 for 2. Amarnath and Yashapal Sharma stitched a crucial partnership together and took the game deep by playing out the overs carefully. Amarnath missed out his half century by just four runs, having hit four fours and one six in his innings.

Yashpal got to an excellent half-century and he was the top-scorer for India in the innings with a well-made 61 off 115 balls. However, India needed some quick runs and Sandeep Patil came up with the rescue act with an unbeaten 32-ball 51 that comprised of eight fours.

India chased down the target in 54.4 overs and reached the finals by knocking out the home side. The Kapil Dev-led side went on to win their maiden title by beating West Indies to etch their names in the history of the sport forever.

100MB @100MasterBlastr
51 minutes ago
Team India have slipped to the 4th position after the penalty for slow over rate.