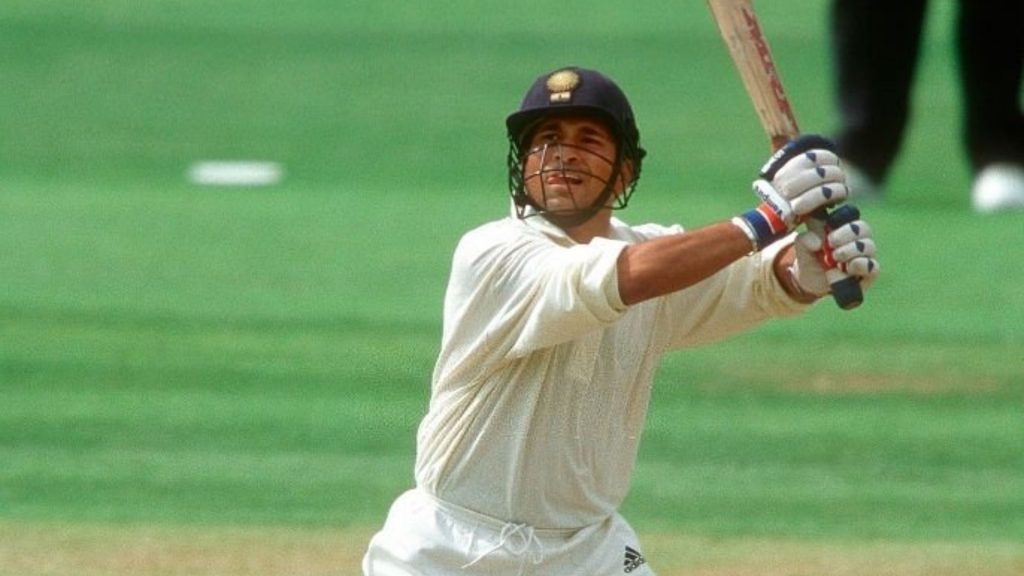 The Indian team’s batting is considered to be one of the most dangerous going around. The Men in Blue are so dominant that they have scored the most 300+ scores in international cricket in the 50-over format. However, it goes way back to this very day in 1996 when they scored their first-ever 300+ score in ODI cricket.

India were taking on arch-rivals Pakistan in Sharjah Cup, 1996, and after winning the toss, they opted to have a bat first. The team had a poor start as they lost one of their openers on a score of nine. However, Sachin Tendulkar (118 off 140 balls) and Navjot Sidhu (101 off 117 balls) stitched an excellent partnership of 231 runs, before Tendulkar was dismissed by Waqar Younis. The Little Master stroked eight fours and two sixes in his innings. After the fall of Tendulkar, Sidhu got run out.

However, some late blitz from Ajay Jadeja (17 off 13 balls), Javagal Srinath (16 off 10), and skipper Mohammad Azharuddin (23 off 10 balls) ensured that the Men in Blue go past the 300-run mark for the very first time. For Pakistan, Waqar Younis was the pick of bowlers, scalping three crucial wickets in his ten-over quota.

During the chase, Pakistan gave a stiff reply with the bat, with Aamer Sohail (78 off 76), wicketkeeper-batter Rashid Latif (50 off 31 balls), Ijaz Ahmed (42 off 51 balls), Saleem Malik 42 off 50 balls) and Basit Ali (32 off 34 balls) all contributing to Pakistan’s effort. However, it was not enough as they finished on 277 before getting all-out.

For India, Venkatesh Prasad, Tendulkar, and Anil Kumble scalped two wickets each. The Master Blaster was also adjudged Player of the Match for his vital contribution with both bat and ball.

100MB @100MasterBlastr
55 minutes ago
#OnThisDay, Rohit Sharma scored his 5th century of the 2019 World Cup, the most by any batter in a single World Cup. 💯 https://t.co/18DPLtx6Ix
View on Twitter