On this day in 1996: Sourav Ganguly enters record books on Test debut at Lord’s 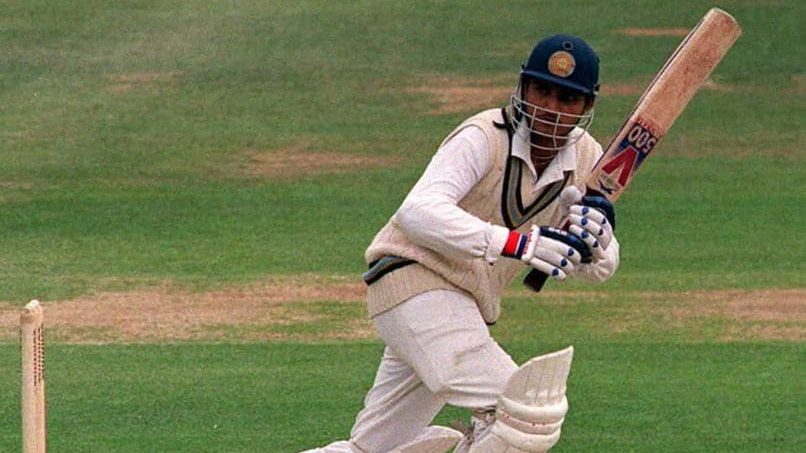 Sourav Ganguly, one of the most successful captains of the Indian cricket team, made his Test debut on 20 June 1996. In his first-ever outing in India whites, Ganguly entered the iconic Lord’s Honours Board. On this day i.e. 22nd June, he smashed his maiden Test century on the third day of the Test match between India vs England.

Ganguly made his international debut for India in 1992 at the age of 19 in an ODI against the West Indies in Brisbane. However, he couldn’t make much of an impact against the likes of Malcolm Marshall, Courtney Ambrose and Andrew Cummins. After facing 13 balls, he was dismissed by Cummins for 3. India were bowled out for 191. It was an easy win for the West Indies in that game.

The Prince of Kolkata arrives

But the doors of entry into the Indian cricket team opened once again after four years in 1996 when he was selected in the Test team. He was dropped from the playing XI in the first Test. But in the second Test at Lord’s, the left-hander debuted in place of Navjot Singh Sidhu and promptly announced his arrival.

Ganguly came out to bat with opener Vikram Rathor being dismissed cheaply. Wickets kept falling at the other end but the southpaw kept one end safe. He became the 10th player to score a century on his Test debut at Lord’s and also became the first Indian to do so. His fellow Test debutant Rahul Dravid scored 95 in the same innings and narrowly missed his ton. India posted a total of 429 in the first innings in reply to England’s 344, taking a lead of 85 runs. The match ended in a draw, as England made 278/9 in the second innings.

Continuing his stellar form, Ganguly scored another century in the next Test at Nottingham. The left-hander registered a score of 136 in the third Test. But this was not enough for India to win the series, and England won the series 1–0. Ganguly went on to have a memorable career as a captain. To this day, he is still regarded as one of the best captains of the Indian cricket team. In his career, he scored 7,212 Test runs and 11,363 ODI runs.

100MB @100MasterBlastr
24 minutes ago
#OnThisDay, Rohit Sharma scored his 5th century of the 2019 World Cup, the most by any batter in a single World Cup. 💯 https://t.co/18DPLtx6Ix
View on Twitter