On this day in 2001: India clinch the thrilling Chennai Test against Australia 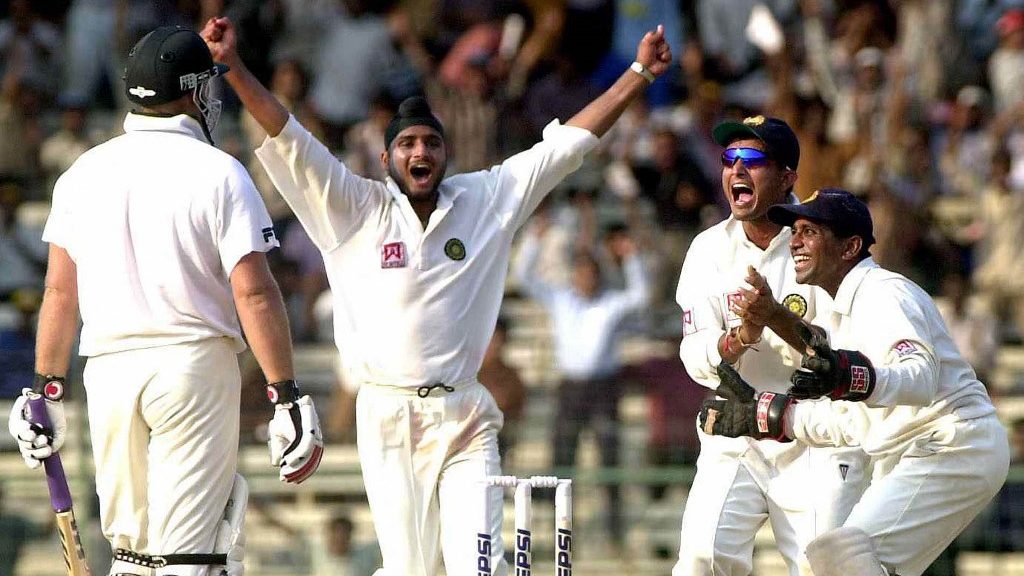 Both India and Australia entered the third Test at Chennai in March 2001 with everything to play for. The Border-Gavaskar series was locked at 1-1, and the MA Chidambaram Stadium in Chennai played host to the decider. While Australia had steamrolled India in the first Test at Mumbai by 10 wickets, the hosts came back in stunning fashion after being asked to follow on in the 2nd Test at Eden Gardens to thrash the visitors by 171 runs.

In the all-important 3rd Test, Australia won the toss and decided to bat first.  The kangaroos piled up a challenging total of 391 runs on the board, courtesy of a classic double hundred by opening batsman Matthew Hayden. Apart from Hayden, Mark Waugh scored a handsome 70. Harbhajan Singh scalped 7 wickets for Sourav Ganguly’s men.

The Indian side started their reply in scintillating fashion, with Sadagoppan Ramesh and Shiv Sundar Das putting on a partnership of 123 runs for the first wicket. And then, came a special knock from the willow of the legendary Sachin Tendulkar. In a 230-ball classic, the master blaster scored 126 runs as the Indian side finished their first innings with a humongous total of 501 runs on the board.

The Aussies were trailing by 110 runs when they began their second essay, and the visitors needed their batsmen to score big in the second innings. But then, even though the likes of Michael Slater, Mark Waugh and skipper Steve Waugh got starts, none of them could convert it into a three-figure score. The kangaroos could only muster a total of 264 in the second innings. Harbhajan Singh was once again the star performer with the ball for India and recorded figures of 8/84 in the second innings.

The Indian side was set a target of 155 in the second innings to win the series. Even though Shiv Sundar Das departed back to the pavilion early, VVS Laxman and Sadagoppan Ramesh put on a partnership of 58 runs for the second wicket, and it looked as if India would cruise to victory. But then, the wicket of Sadagoppan Ramesh triggered a collapse for India. From 76/1, the hosts slipped to 135/7, and the match hung in the balance. But then, Sameer Dighe’s 22* allowed the Indian side to post a two-wicket victory over the indomitable Australians. Matthew Hayden was awarded the Man of the Match award for his double century in the first innings.

Needless to say, even two decades later, 22nd March 2001 will always be remembered as the date when India beat the mighty Aussies to post a famous series victory.

100MB @100MasterBlastr
35 minutes ago
#OnThisDay, Rohit Sharma scored his 5th century of the 2019 World Cup, the most by any batter in a single World Cup. 💯 https://t.co/18DPLtx6Ix
View on Twitter