On this day in 2013: India clinch a thriller against England in Champions Trophy Final 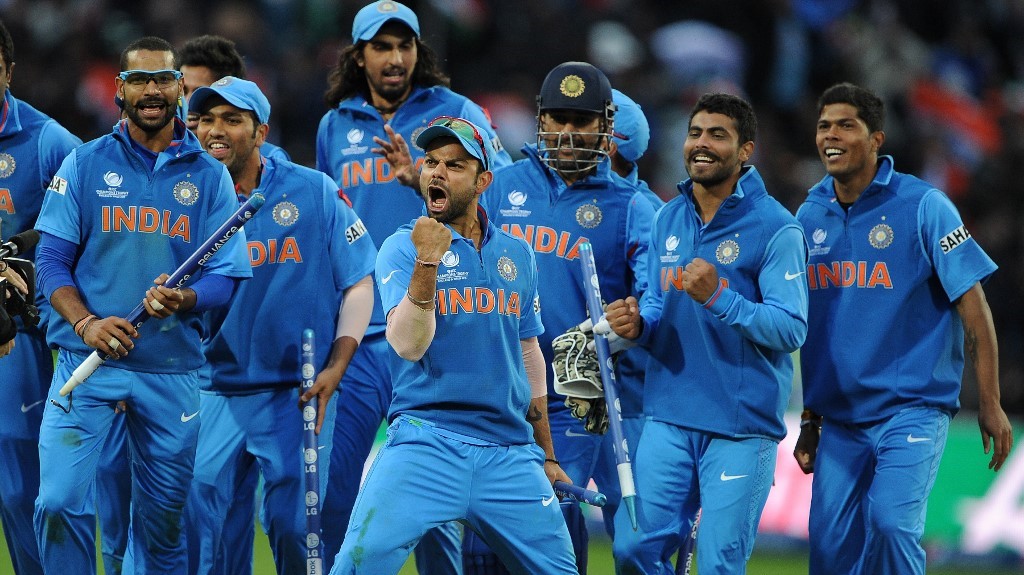 Mahendra Singh Dhoni added another feather in his cap on this day in 2013 as India lifted the Champions Trophy at Edgbaston, defeating hosts England in a last-over thriller. Known for what it is known for, the English summer had plenty of rain and dampness to offer, leading the contest to be reduced to a 20-over affair from 50 overs due to all the lost time.

Electing to field first in the overcast conditions at Birmingham, England restricted India to an under-par total of 129/7 as the Indian innings never got the correct momentum. A new opening pair of Shikhar Dhawan and Rohit Sharma could not click with the latter dismissed for just 9 runs against Stuart Broad.

While Virat Kohli chipped in with a crucial 43-run knock alongside Dhawan, who got 31 from 24, the entire middle-order of the team failed with Dinesh Karthik, Suresh Raina, and MS Dhoni falling for single-digit scores. Doing most of the damage with the ball, Ravi Bopara accounted for three wickets, giving only 20 runs and his quota of four overs. However, Ravindra Jadeja’s 25-ball 33-run cameo ensured that India had a score to compete.

During the chase, Umesh Yadav sent back England lost skipper Alastair Cook cheaply, while the spin twins Ashwin and Jadeja spun a web around the remaining top-order, sharing four wickets amongst themselves in conditions that were not the most suitable for spin bowling. In deep trouble at 46/4, England was rescued by Bopara and Eoin Morgan, who added 63 runs for the fifth wicket, scoring vital 30 and 33 respectively. That was when Ishant Sharma dismissed both of them off successive deliveries to once again change the tide in India’s favour.

India’s disciplined bowling effort at the start and after Bopara and Morgan’s dismissal brought the equation down to 19 needed from the last two overs. Bowling the penultimate over, Jadeja cleaned up the dangerous Jos Buttler, while Tim Bresnan’s run out in the same over only increased the pressure. Needing 15 from the last over, Ashwin kept things quiet and bowled a dot with England needing a six to win off the last ball to seal a five-run win.