On this day in 2013: India defeat Australia after Dhawan’s explosive knock on debut 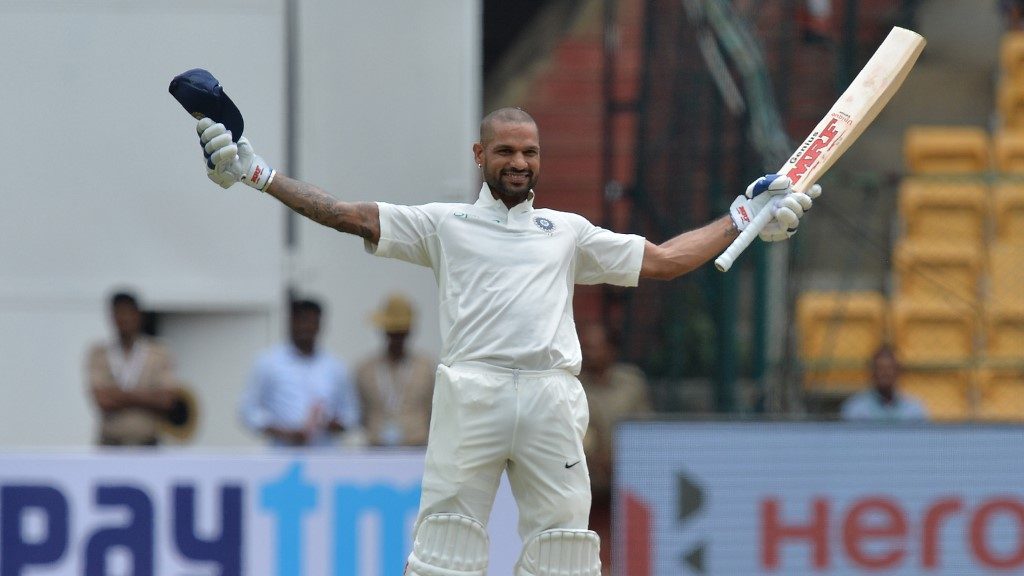 For any young cricketer, it is a dream to represent his/her country at the highest level but very few are able to realise it. Adding more to it, if a player can put up an impressive performance in his very first match, there is no other thing better than that. On this day i.e. 18 March back in 2013, India registered a memorable win against Australia in Mohali Test in which a key role was played by the debutant Shikhar Dhawan.

This was the third Test match of the series, and Virender Sehwag was going through a lean patch. India replaced Sehwag with the young left-handed batsman Shikhar Dhawan for the third game. The visiting captain Michael Clarke won the toss and decided to bat first in the game. Australia posted a total of 408 runs with Mitchell Starc also contributing with a 99-run knock in the end. Among Indian bowlers, Ishant Sharma and Ravindra Jadeja picked up 3 wickets each.

In response to this total, Shikhar Dhawan gave an explosive start to the hosts and it never looked like he was playing his first-ever Test. He ran to the three-figure mark in only 85 balls and created a new record for the fastest ever century in the debut Test match. Dhawan smashed 187 runs off 174 balls with the help of 33 fours and 2 sixes. This was again a record for the highest individual score in a debut Test by an Indian. The other Indian opener Murali Vijay also slammed a ton, and both of them added 289 runs for the first wicket. India posted a total of 499 runs in their first innings with another major contribution coming from Virat Kohli who scored 67 runs off 129 balls.

In the second innings, Bhuvneshwar Kumar and Ravindra Jadeja displayed brilliant performance with the ball picking up 3 wickets each to bundle out the Australian team for 223 runs. Philip Hughes was the top scorer for the visitors scoring 69 runs off 147 balls.

100MB @100MasterBlastr
53 minutes ago
#OnThisDay, Rohit Sharma scored his 5th century of the 2019 World Cup, the most by any batter in a single World Cup. 💯 https://t.co/18DPLtx6Ix
View on Twitter