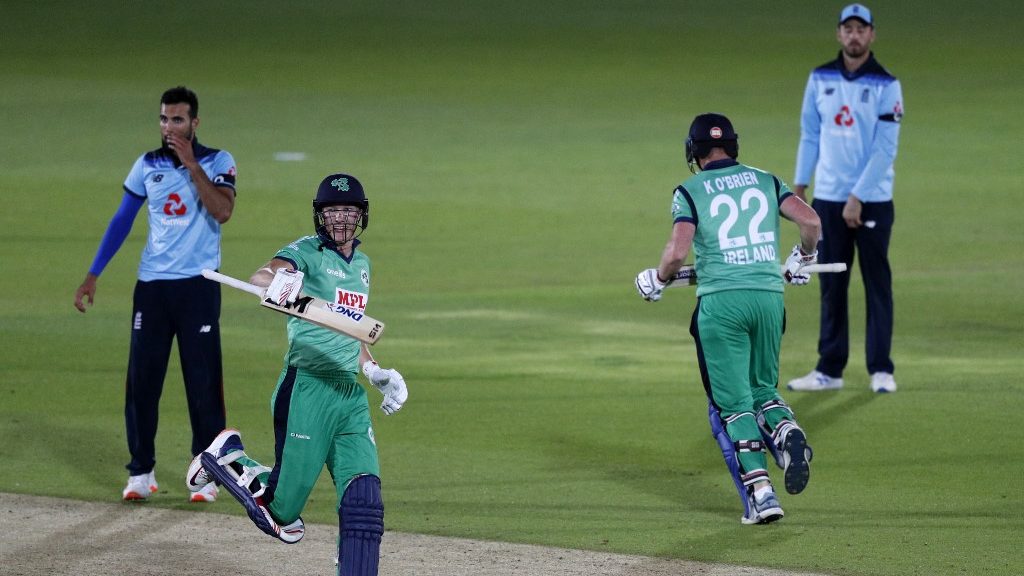 Ireland and England faced in the third and final One-Day International at The Rose Bowl in Southampton. England had already won the series emerging victorious in the first two matches, but with the series being part of the World Cup Super League, 10 points were at stake for both sides and the third ODI, played on this day, wasn’t a dead rubber.

England also didn’t make many changes to the playing XI and after putting in to bat by Ireland, they batted superbly. Jason Roy, Jonny Bairstow and James Vince got out early and the hosts were reeling at 44/3 at one stage. But skipper Eoin Morgan and Tom Banton stunningly counterattacked and rebuilt the innings.

The duo stitched 144 runs together in just around 18 overs. Morgan was at the helm of the proceedings smashing a stunning ton scoring 106 runs off 84 balls. But once the partnership was broken, England suffered yet another collapse. From 190/3, they fell to 216/7 by the 34th over.

However, England’s lower-order had other ideas as David Willey and Tom Curran showed their batting prowess. Their efforts made sure England crossed the 300-run mark as they were bowled out for 328 runs in 49.5 overs.

Not many gave Ireland a chance and whitewash looked imminent for them. But the fans were in for another surprise. Despite losing Gareth Delany early, Paul Stirling and Andrew Balbirnie played some brilliant cricket to keep Ireland on top in the chase. Stirling once again proved his batting capabilities as they added a massive 214 runs for the second wicket. Both of them smashed stunning tons to keep the visitors in the chase.

Though Ireland lost both the set batsmen late in the chase, Harry Tector and Kevin O’Brien kept their cool. Things went deep and though the required run-rate also soared, both the batsmen churned out timely boundaries to take the team home with one ball to spare. It was yet another historic win for Ireland over England as they opened their account in the World Cup Super League.