On this day in 2021: India breach the Gabba fortress 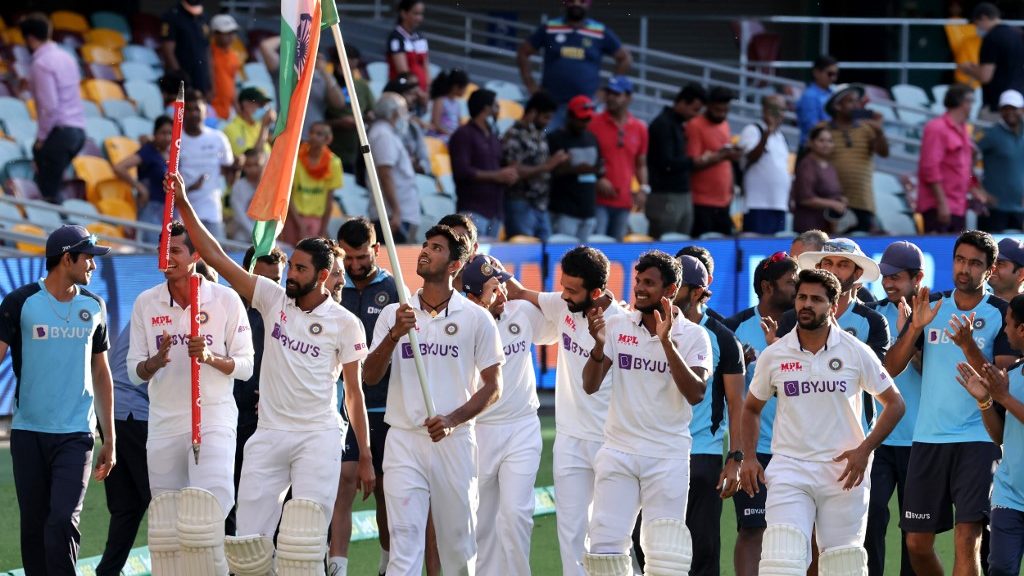 It might not feel the same but one year has been passed since Team India breached the Gabba fortress, leaving the Australian side stunned. With the series being poised at 1-1 after the first three games, the fourth Test was a decider. The high-stake game took place in Brisbane, a venue where Australia hadn’t lost a Test since 1988.

The streak looked all set to be extended as India were without the services of many key players. While the then regular skipper Virat Kohli returned home after the first game, the likes of Ravichandran Ashwin, Ravindra Jadeja, Jasprit Bumrah, Umesh Yadav, and Mohammed Shami sustained injuries midway through the series. In fact, the bottom five players in India’s line-up had a combined prior experience of four Test matches.

All the odds were against India

This shows how fragile the line-up looked on paper. Adding to the list of disadvantages, India lost the toss and was asked to field first. A brilliant century from Marnus Labuschagne meant the home team posted 369. In reply, India were reduced to 161/5 and looked in all sorts of trouble. However, half-centuries from debutant Washington Sundar and Shardul Thakur took India to 336.

Australia still earned a lead of 33 runs and considering India had to bat last, the hosts looked in command at halfway mark. Batting second in the contest, the Tim Paine-led side posted 294 as Mohammed Siraj scalped his maiden five-fer in Tests. Hence, India had to chase 328 to script history and record consecutive Test series victories down under.

However, the task looked far from possible as Australia had the services of Josh Hazlewood, Pat Cummins, and Mitchell Starc on a Day 5 track. Many believed the visitors would go for a draw but the Ajinkya Rahane-led side had other plans. The foundation was laid by Shubman Gill, who slammed a brilliant 91 to give India a much-needed good start.

While Cheteshwar Pujara scored a handy 56, skipper Rahane made an aggressive 24. The equation came down to India needing 145 runs in the final session at a required run rate of almost five. As the visitors had seven wickets in hand, they looked away from a defeat. However, their victory neither looked on.

Then came a Rishabh Pant special, which will go down as one of the finest knocks in Test cricket. The southpaw backed his instincts and slammed Aussie bowlers for fun. While wickets kept falling at the other end, the southpaw didn’t put brakes on the scoring rate. He eventually remained unbeaten on 89 as India recorded a three-wicket triumph.

100MB @100MasterBlastr
22 minutes ago
Tilak Varma had a phenomenal season and that earned him a place in this list. 💥