On this day: India defeat Pakistan in Toronto with Tendulkar’s classy 89 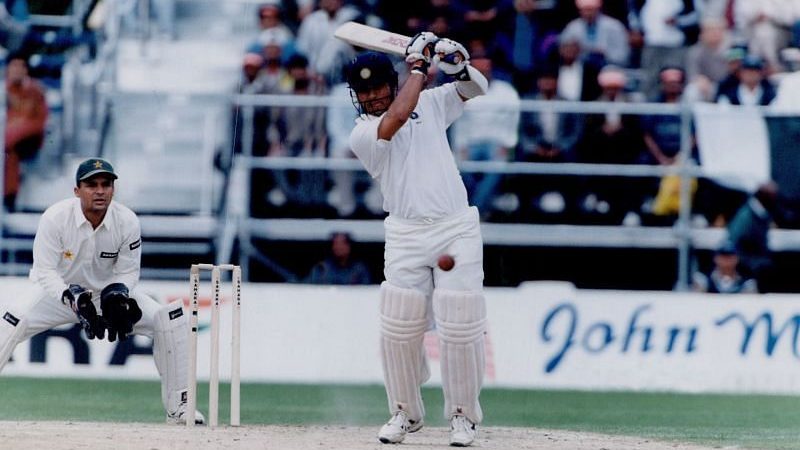 India and Pakistan were scheduled to lock horns against each other for a five-match ODI series. The contest between the arch-rivals remains an anticipated event. Add to it the heroics of the legendary batter Sachin Tendulkar, and it further garners the audacity of the occasion. In the first ODI between India and Pakistan in 1996, Tendulkar played a crucial knock and became one of the architects of India’s triumph.

Sachin Tendulkar starred with the bat to sail India to victory

The match was reduced to 33 overs as rain interrupted the game. Owing to the overcast conditions, only 750 people turned out to watch the action unfold at Toronto Cricket, Skating, and Curling Club ground. Azhar Mahmood made his debut for Pakistan in the first ODI.

The pitch was still damp and the Indian bowlers exuded their sheer flair by running through the batting order of the Men in Green. Saeed Anwar (46) and Ijaz Ahmed (35) were the only batters who could provide some resistance to the team. When Anil Kumble sent back Anwar, Pakistan was reduced to 80-2.

From then on, their batting lineup collapsed as Pakistan could manage only 170 runs at the end of the 33 overs. Saqlain Mushtaq (22) stayed a bit firm for Pakistan to take the side beyond 150. Javagal Srinath and Anil Kumble struck with three wickets each. Whereas, Venkatesh Prasad picked up two wickets in the match.

Batting wasn’t a cakewalk in the rain-interrupted game as timing the ball wasn’t easy. India lost opener Nayan Mongia(9) early on but Sachin Tendulkar took the mantle for the side to finish the game. Rahul Dravid (39) added valuable runs to the team’s account before losing his wicket to Saleem Malik. Further, Sachin Tendulkar and Mohammad Azharuddin led India to victory. Tendulkar played a poised knock of unbeaten 89 which included 9 fours and 3 sixes. Azharuddin on the other hand remained not out at 30 as India secured victory by 8 eights with 19 balls to spare.