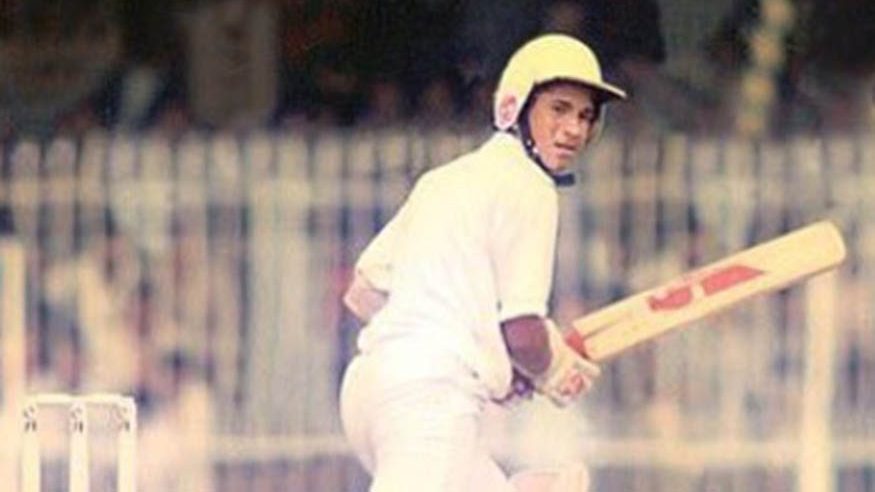 Sachin Tendulkar didn’t have a blockbuster Test debut but the young kid had already shown signs of going a long way in his career. And in his second Test, in the same series, the Master Blaster played a steely knock, on this day, 31 years ago, to help India post a respectable total for India.

After the first Test match ended in a draw, Pakistan elected to field first in the second. India started off well with their openers Kris Srikkanth and Navjyot Singh Sidhu adding 68 runs for the first wicket. But then Wasim Akram wreaked havoc picking three wickets and reducing India to 85/3 and it soon became 101/4.

Tendulkar then walked out to bat at number six with Sanjay Manjrekar looking good at the other end. The duo batted with utmost patience denying any more wickets to the hosts. The 16 year-old kid who had just made his international debut in the previous game was once again proving his mettle against one of the best bowling attacks in the world.

Today in 1989:
Sachin Tendulkar’s 59 against Pakistan in the Faisalabad Test match made him the youngest batsman at 16y-214d to register an individual fifty in Test cricket history.
In international cricket, only two others (from Nepal in ODIs) have made a 50 at a younger age!

Tendulkar and Manjrekar blunted the Pakistan bowlers and frustrated them to the hilt. The duo added 143 runs for the fifth wicket to avoid panic in the dressing room. Imran Khan then pinned Sachin in front of the stumps but by then he had mustered 59 runs thus bailing the team out of the trouble. In the process, he also became the youngest player to score a fifty then at the age of 16 years and 214 days.

He dug it out in the middle for a massive 254 minutes and faced 172 balls during his stay. India endured yet another collapse after his dismissal and were bundled out for 288. Pakistan, in response, scored 423 runs and then India batted well in their second essay to post 398/7 before the match ended in a draw.