On this day: Tendulkar and Ganguly lead India to a spectacular victory 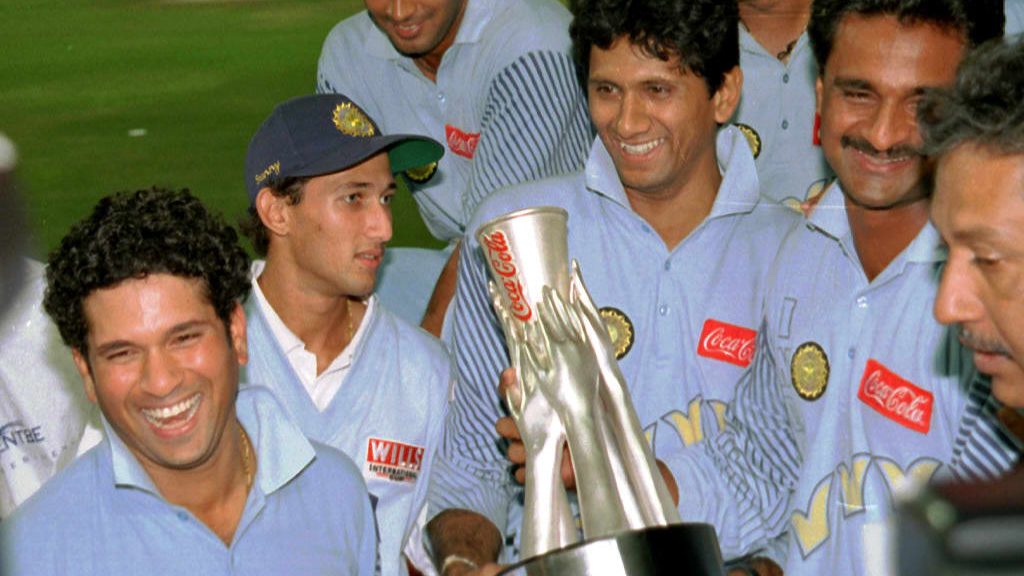 The Indian side has developed itself as one of the most dominating teams in the world of cricket over the last decade. However, back in the 1990s, Men in Blue were still capable enough of turning the game in their favour with some big names in the team. Batting maestro Sachin Tendulkar, Sourav Ganguly, and Mohammad Azharuddin were some dangerous men in the lot whom bowlers feared on any day.

During the 1998 Champions Trophy in Sharjah (UAE), the Indian side whitewashed the Zimbabwe team in the finals. Winning the match by 10 wickets against Alistair Campbell and company, the Indian openers didn’t give even a bit of room to their bowlers to dominate. Batting first on the gulf soil, Zimbabwe posted the below-average score of 196 runs on the board. Right from the top order, everything turned out to be a pure failure from their end.

The only bright spot in Zimbabwe’s batting set up turned out to be the innings of Paul Strang. Strang played a subtle knock of 46 runs, but it took him 91 balls to reach a decent score. His strike rate stood to be 50.54, which was way too less for an ODI match, and that is how the miseries of the team kept hindering their flow. The bowling side of India turned out to be too heavy for the opponents where none of the bowlers from India crossed the economy of 5.00.

All the bowlers were tight enough in their action to cease the run flow from the other end. Javagal Srinath got three wickets under his belt while Anil Kumble got two on his name. When India’s innings began, Sachin Tendulkar and Sourav Ganguly flagged off the innings in utmost style and ended them too. Their flawless batting didn’t even let any other batter to show up on the field as they won the game by 10 wickets and huge 20 overs to spare.

A terrific century by Sachin Tendulkar (124 off 92) and a half-century by Ganguly (63 off 90) stunned the rivals in all their senses. Little Master was named as the player of the match without a doubt. He was also named as the man of the series for his sheer brilliance throughout.