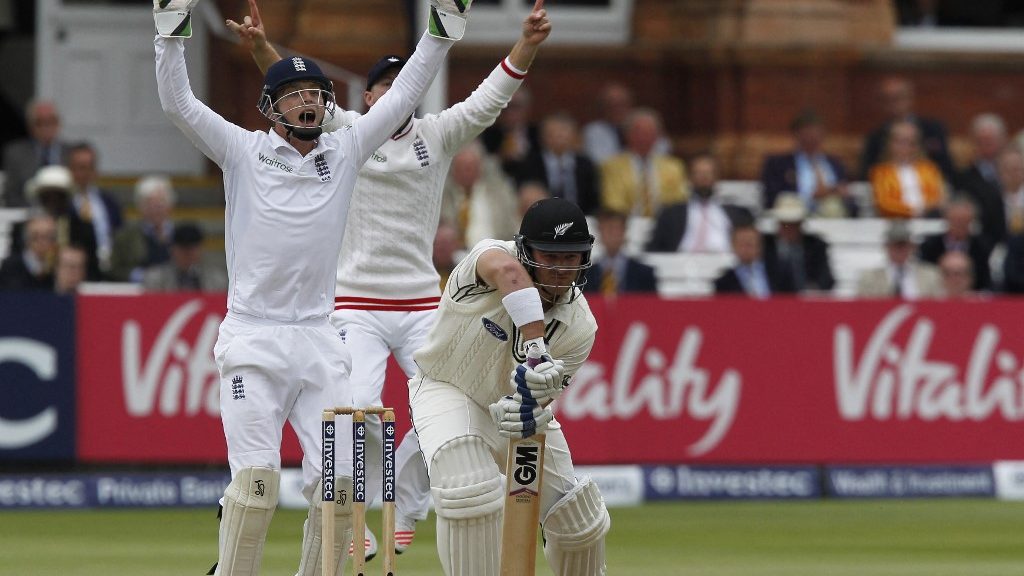 Test cricket is the toughest and most demanding format of the game. It requires players to be at the top of their game for a period of 5 days, and this is surely a challenging task. And, even if a team controls a majority of a Test match, they can lose the grip over it, if they let their guard down even for a short while.

And, that is exactly what happened when England met New Zealand in the first Test that ended on 25th May 2015, where England staged a stunning turnaround to beat the Kiwis by 124 runs. England batted first and posted a total of 389 on the board.

Joe Root and Ben Stokes struck attractive nineties for the England side, while Jos Buttler and Moeen Ali chipped in with crucial half-centuries as well. For New Zealand, it was the fast-bowling duo of Trent Boult and Matt Henry that wreaked havoc. The two pacers combined to scalp 8 wickets between them.

New Zealand replied with a mammoth total of 523. Martin Guptill and Tom Latham provided a solid platform for the Black Caps. The New Zealand openers put on a partnership of 148 runs for the opening wicket. Batting maestro Kane Williamson continued from where the openers left off and scored a masterly 132 off 262 deliveries to leave the England bowlers scratching their heads.

Ross Taylor and BJ Watling helped themselves to 62 and 61* respectively as well. Stuart Broad, Mark Wood and Moeen Ali scalped 3 wickets each with the ball for England. In the second innings, the legendary Alistair Cook and Ben Stokes slammed centuries as England posted a total of 478.

That left New Zealand with a challenging target of 345 to win. And, the Kiwi side fell short with the willow in the second innings. In fact, apart from BJ Watling and Corey Anderson who scored half-centuries, none of the other New Zealand willow wielders could even cross the 30-run mark. And in the end, the visitors were bowled out for 220, as England won the match comfortably by 124 runs.

England all-rounder Ben Stokes was awarded the Player of the Match award for his excellent performance with both bat and ball.