OTD 2021: Bangladesh beat Australia in 3rd T20I to seal their first series win over them 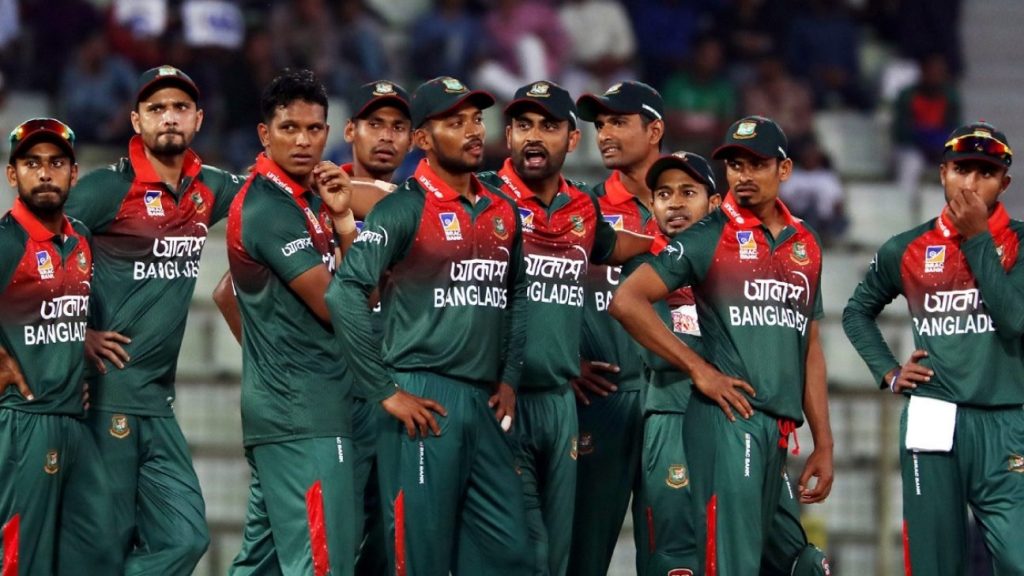 Bangladesh cricket team has improved significantly over the last decade, especially in white-ball cricket, and has been one of the constant features of ICC tournaments. On this particular day (August 6), the Bangla Tigers added another feather to their cap by completing a historic T20I series victory against the mighty Australian team in 2021, their first ever in the format against the Aussies.

The Shere-Bangla National Stadium, Mirpur, hosted the third T20I of the five-match series between the two sides as the hosts were looking for a third consecutive victory after dismantling the Australian team in the opening two matches. Bangladesh skipper Mahmudullah opted to bat first after winning the toss, a decision they regretted after losing both their openers on consecutive deliveries inside the first three overs.

The experienced duo of Shakib Al Hasan and Mahmudullah consolidated after the early blows, but after the dismissal of Shakib, wickets kept tumbling as the skipper registered a sedated half-century in hope of posting a decent total on the board. But the push never came as the Aussie bowlers kept a lid on things, and youngster Nathan Ellis put the icing on the cake by grabbing a sensational hat-trick in the final over of the first innings, restricting the hosts to a paltry total of 127.

Australia had their eyes set on a victory, chasing an underwhelming total. Although the visitors lost Matthew Wade early, that did not deter their progress, and the Aussies were in pole position to open their account in the series. However, the left-arm spin duo of Nasum Ahmed and Shakib Al Hasan put a stranglehold on the Aussie batters by choking the flow of runs in the middle overs. Mustafizur Rahman produced a sensational spell of fast bowling on a slow turner, conceding just nine runs in his four overs as Australia fell short by ten runs to hand Bangladesh a momentous T20I series win in front of a packed home crowd.