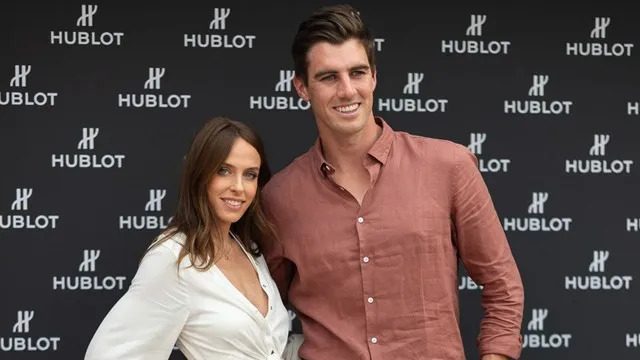 Australian Test skipper Pat Cummins tied the knot with his fiancée Becky Boston on Saturday, July 30, at Byron Bay in a glamourous ceremony. The couple, who have a nine-month-old kid named Albie together, got hitched at the Chateau Du Soleil, a French-inspired destination, in the presence of their family and friends. The couple met in 2013 and got engaged in June 2020

The love story of Pat Cummins and his now-wife Becky Boston is a perfect example of how love can transcend all barriers. While Cummins is a popular and known figure in the world of cricket, being one of the finest players of Australia, it is interesting to note that Becky is actually from England. In the discipline of cricket, there is an intense rivalry between the two nations. However, any such conflict has been disguised by their love.

According to The Daily Telegraph, Cummins looked stylish in the black tuxedo that he carried, while British beauty Becky wowed in a cascading white gown and veil. Cummins’ closest buddy, comedian Andy Lee, and Andy’s girlfriend Rebecca Harding attended, along with Australian spinner Nathan Lyon and his wife Emma McCarthy, who also recently got married.

Travis Head was also a part of the ceremony, and he was accompanied by his pregnant fiancée Jessica Davies. Tim Paine also joined the ceremony and was joined by his wife Bonnie. Mitchell Starc, Andrew McDonald, and Josh Hazelwood are the others to grace the ceremony . Their son Albie was held by one of their guests, near the couple, when they exchanged their vows.

Cummins had earlier mentioned how the coronavirus pandemic had derailed their marriage plans. But after a prolonged delay, the couple finally said ‘I Do’ and started a new chapter of their lives. Cummins was named the Australian Test skipper in December last year, as he replaced Tim Paine following an infamous scandal.