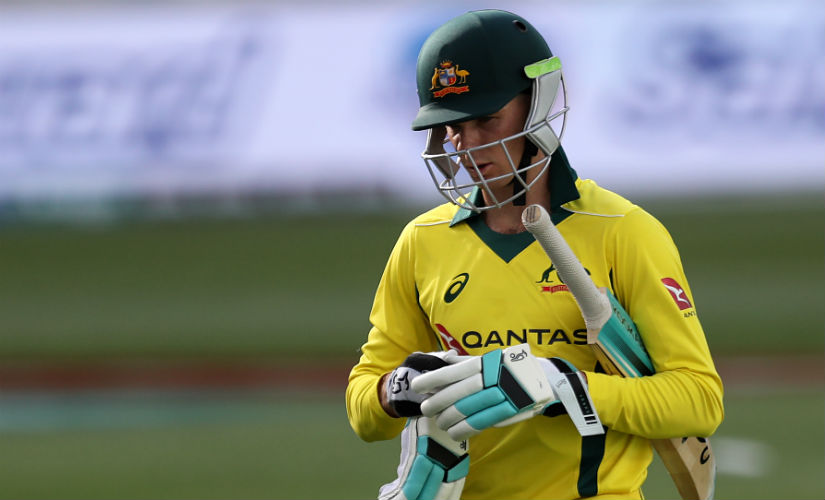 Ever since the COVID-19 pandemic has taken over the world, it has been affecting various leagues and players time and again to only act as a spoilsport. In the latest turn of events, Australia batsman Peter Handscomb tested positive for the deadly virus while plying his trade in County Cricket in England. The 30-year-old was leading Middlesex this season before the fateful news broke out.

It has to be noted that Handscomb had to step out of the Championship Group two-game after returning the positive results for COVID-19. In the meanwhile, Irishman Tim Murtagh has been roped in to fill the place for the Australian batsman. Handscomb as a skipper of Middlesex played day one of the clash and ended the results at Leicestershire standing 280/3.

The 30-year-old batsman last played for Australia in 2019 as he appeared across all formats of the game that year. The batter had to step out of the County while he was struggling to get runs under his belt. In this season, Handscomb just had 227 runs to his name in seven games at a dismal average of 17.46. It was reported that he was looking up to mark his comeback in the upcoming Ashes. However, with this performance in the County, it is highly unlikely that he would be able to cement his place.

Talking about COVID-19 affecting the cricket world, then the virus has affected several leagues and individuals so far. In the latest turn of events, the COVID-19 havoc broke out in the English squad after they completed their limited-overs series against Sri Lanka. It was only after that tour that two staff members from the SL squad returned positive results and after the news, their series against India also got postponed.

In the same sequence of events, the IPL 2021 season that took off in India got cancelled midway when cases started popping up across every franchise. It was halted with immediate effect and later got shifted to the UAE. It will be a thing to see if it unfolds in the gulf nation successfully.

100MB @100MasterBlastr
12 hours ago
A competitive score by South Africa on the board.