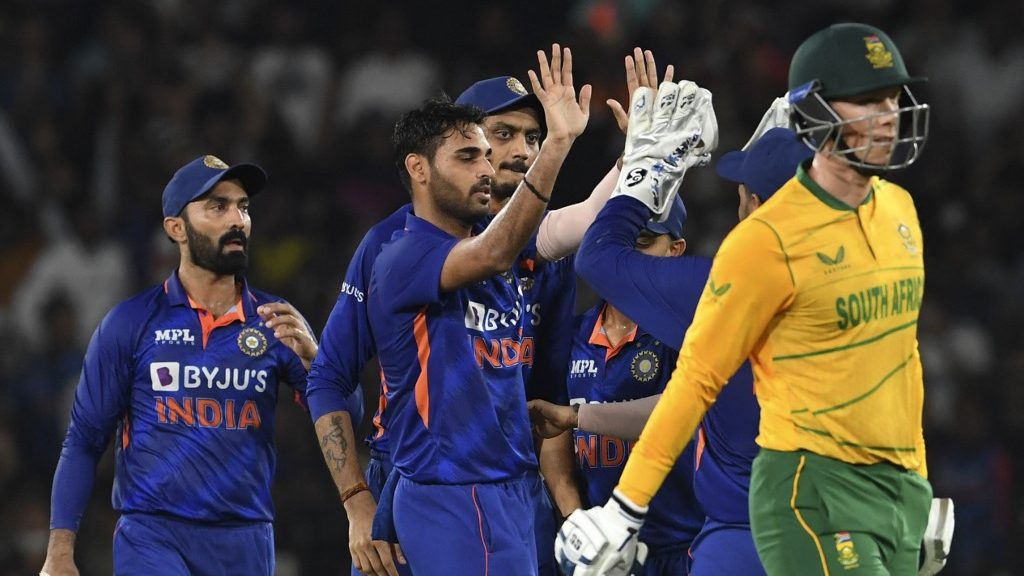 India’s former fielding coach R Sridhar opined on the fast bowling trio that would be picked up for the T20 World Cup squad 2022 in Australia. While Jasprit Bumrah is a much-expected pick, Bhuvneshwar’s recent form has been quite good and is almost a certainty for the T20 World Cup 2022 squad.

Bhuvneshwar has picked up the most wickets for India since the previous T20 World Cup 2021 with 23 scalps to his name and he has bowled quite well both with the new ball and in the death overs. However, Mohammad Shami was an interesting pick from Sridhar as the right-arm seamer last played in the T20 World Cup 2021 in a T20I outing. India also has a lot of options apart from the three and the selectors are expected to have a big headache while picking up the fast bowling combination.

We have the fifth and sixth bowler covered: R Sridhar

Sridhar noted the difficulty India has now with a lot of fast bowling options but was quite confident that the three experienced seamers will get the nod for the T20 World Cup. He went on to reveal the different responsibilities they can play in various periods of the game and felt that Bhuvneshwar is fit enough to get it right in the death overs.

“I think we have the problem of plenty, isn’t it? Look I’m going to be straight and I’m cutting to the chase. I think our top three fast bowlers would be Bumrah, Shami, and Bhuvi. Because, if you have this, you have an absolute banker, banker, banker new-ball bowler, and death-over bowler in Bhuvi who is in the best shape in terms of his fitness,” R Sridhar told Cricket.com

He added that Shami is dangerous against the opening batters and felt that India have the fifth bowling option covered with the inclusion of all-rounders Ravindra Jadeja and Hardik Pandya in the reckonings.

“And we have Shami, who will come up with the new ball and ask a lot of questions to the best opening batters in the world. So you can bowl Bhuvi and Shami twice and now that Hardik is bowling and Jadeja is an all-rounder, we have the fifth and sixth bowler covered. When it is the World Cups you need the big boys to go in and play and these are the three as far as fast bowling is concerned and backed by another big boy in Hardik,” he added.