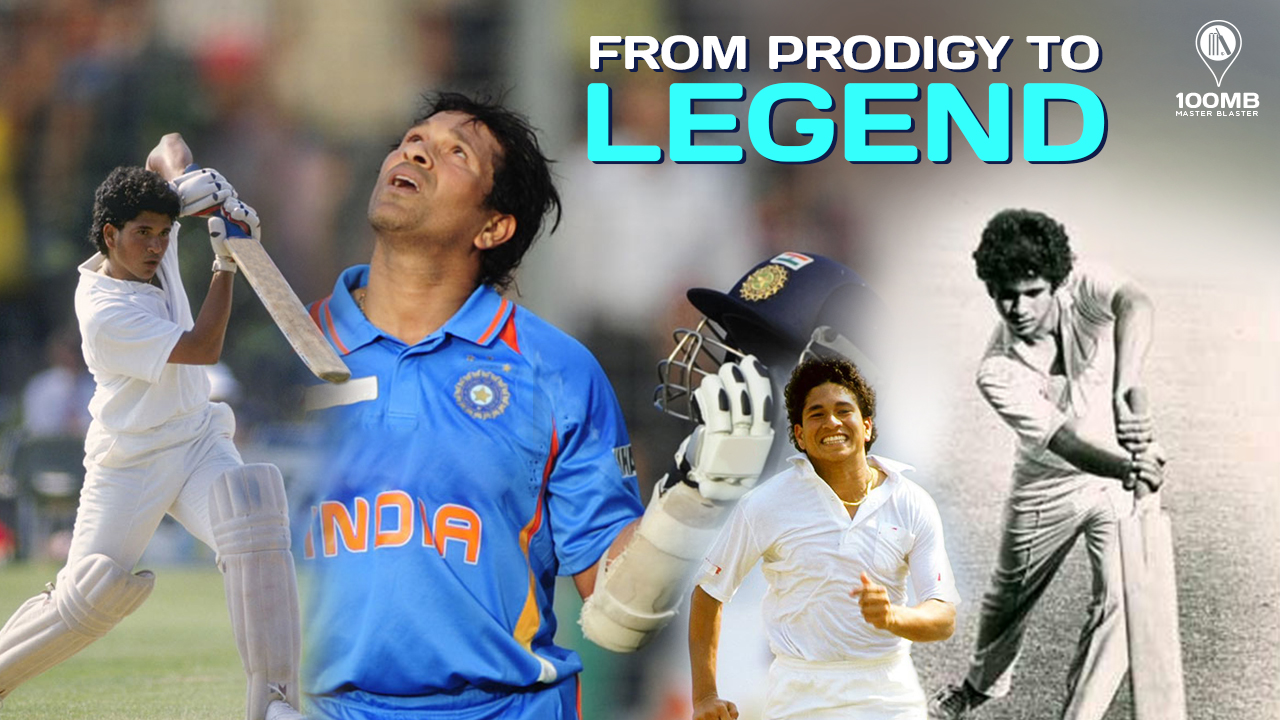 Once in every generation, there arrives a champion who changes the norms of the game. He scales the highest peaks and raises the standards that others look up to. For more than two decades since 1989, Sachin Tendulkar was that champion. To this date, no other batsman is anywhere near the run tally that Tendulkar raised in his international career.

Starting from the maidans of Shivaji Park, Sachin conquered the greatest opponents and the greatest stages. Since his debut in 1989, his every knock has been followed by billions with awe, anxiety and excitement. The Master Blaster rewrote record books throughout his stellar career. On the occasion of his birthday, here is a brief overlook of the legendary timeline. 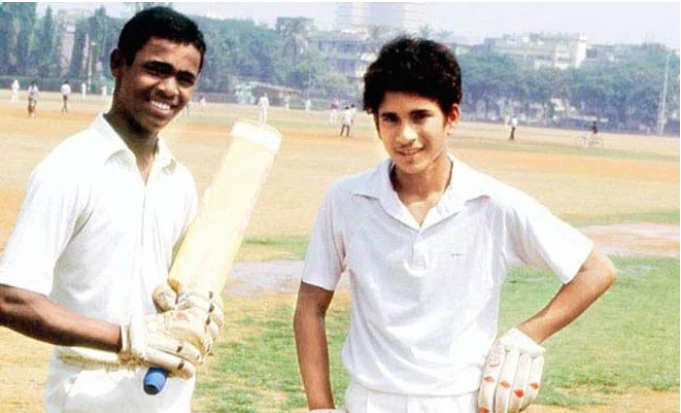 1988 – At the age of 14, Sachin made his first impact on the game. With his schoolmate and future international batsman, Vinod Kambli, Tendulkar raised a mammoth partnership of 664 runs for his school. The unbeaten record stand provided recognition to both and eased their way towards first-class cricket.

1989 – Tendulkar scored 100 not out against Gujarat in his maiden Ranji Trophy match (Dec 1988). He followed this up with centuries in his Duleep Trophy and Irani Trophy debut matches. The youngster became the only batsman to achieve the feat of scoring debut hundreds in these three Indian domestic cricket competitions. Later that year, the 16-year old stood up to Pakistan’s fast bowling artillery on his Test and ODI debut.

1990 – After his initiation in Tests and ODIs for India, Tendulkar struck his first Test hundred against England at Old Trafford. His innings helped India save the match. Aged 17 years and 107 days, the teen superstar became the nation’s youngest Test centurion. 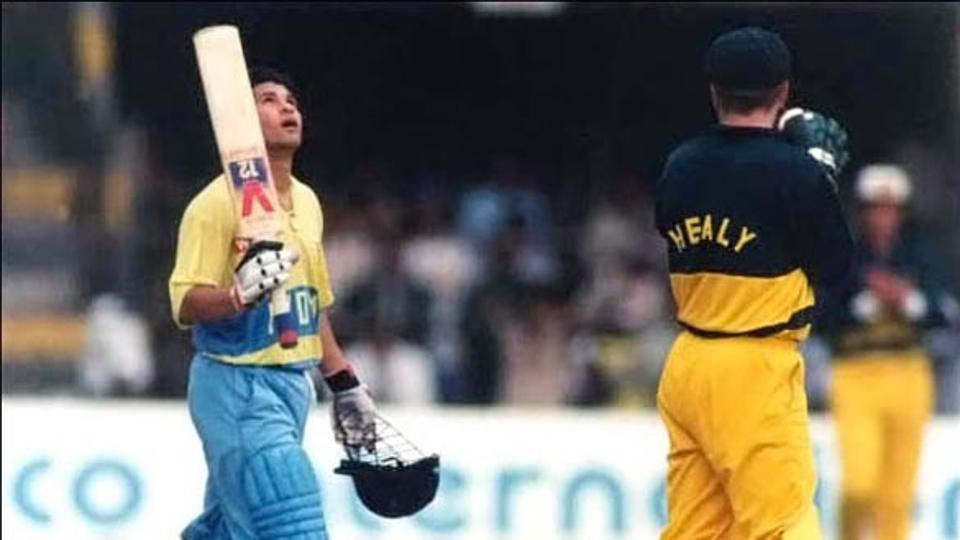 1994 – By this year, Tendulkar had scored seven Test centuries. He scored tons in England, Australia and South Africa but an ODI century still evaded him. In March, Sachin opened in ODIs for the first time and impressed with a 49-ball 82 versus New Zealand. Later in September, he celebrated his maiden ODI hundred against Australia in Colombo.

1996 – Although Tendulkar had batted in the 1992 World Cup, it was the 1996 edition that made him a global sensation. In the tournament jointly hosted by Asian nations, Tendulkar piled up 523 runs with four centuries. This was a record tally in the history of World Cups. 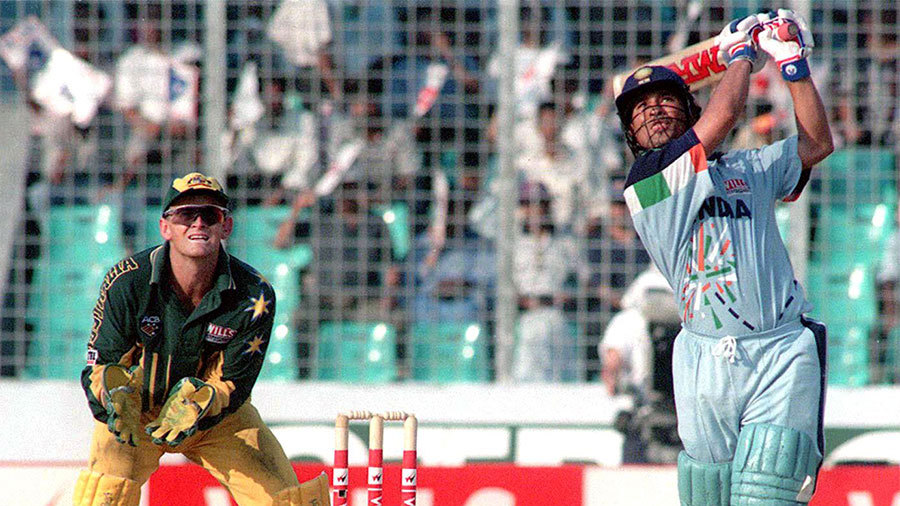 1998 – After the World Cup, Tendulkar attained new heights of batsmanship. Runs kept flowing from his bat unhindered. In 1998, he amassed 1894 ODI runs with nine centuries. This includes his epic knocks against Australia in Sharjah.

1999 – While Tendulkar reached new heights with the bat, he also experienced a heavy personal loss. In the middle of the 1999 World Cup, he lost his father. After performing the last rites, Tendulkar returned to the event and scored a memorable ton against Kenya. Later that year, he registered his then highest ODI score – 186 not out versus New Zealand at Hyderabad.

2001 – Continuing the record spree, Tendulkar became the first cricketer to reach the landmark of 10,000 ODI runs. He completed the feat versus Australia at Indore.

2003 – In the World Cup that ended with heartbreak, the Indian maestro finished the tournament with a mammoth tally of 673 runs. The record is still intact.

2004 – Tendulkar started this year with a 241 not out at Sydney and finished with his highest Test score of 248 not out against Bangladesh at Dhaka. He missed out on an opportunity of another double ton in Pakistan where the innings was declared with Sachin on 194 not out. 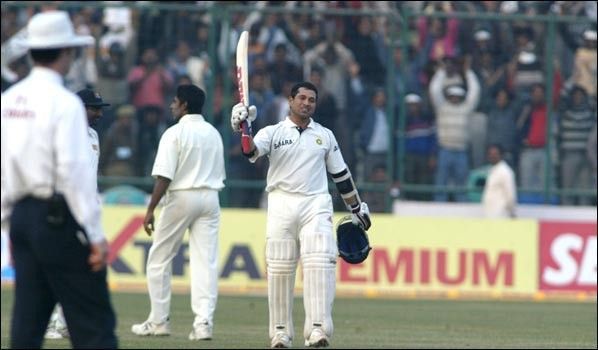 2005 – Continuous cricket started taking its toll on the master batsman. He had to spend a few months away from the game as Tennis Elbow injury plagued him. This was a career-threatening phase but Tendulkar fought hard to make a return. Later in the year, he scored 109 versus Sri Lanka at Delhi to overtake Sunil Gavaskar’s tally of 34 Test hundreds.

2008 – The year began with the infamous ‘Sydneygate’. Sachin showed his spark with two important knocks in the CB series finals. Later, he also became the first batsman to reach 12,000 Test runs. 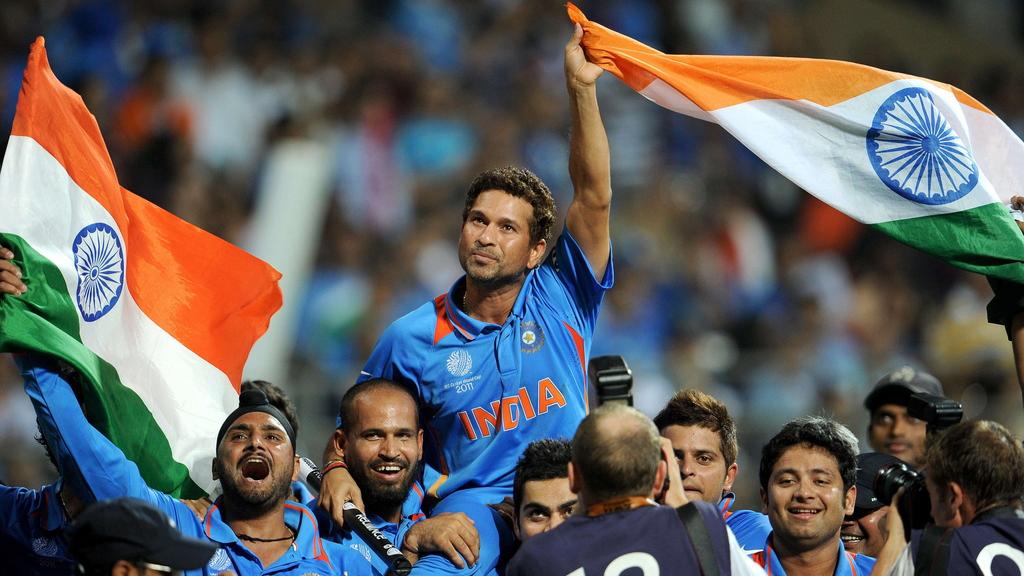 2010 – Tendulkar became the first batsman to breach the 200-run barrier in ODI cricket. In Test cricket, he earned the distinction of playing the most number of Test matches with 169 appearances. He also scored his 51st and last Test hundred this year.

2011 – At the Wankhede Stadium in Mumbai, Sachin lifted the World Cup trophy on 2nd April 2011 and completed his lifelong dream. The Master Blaster added two more hundreds to his World Cup tally. 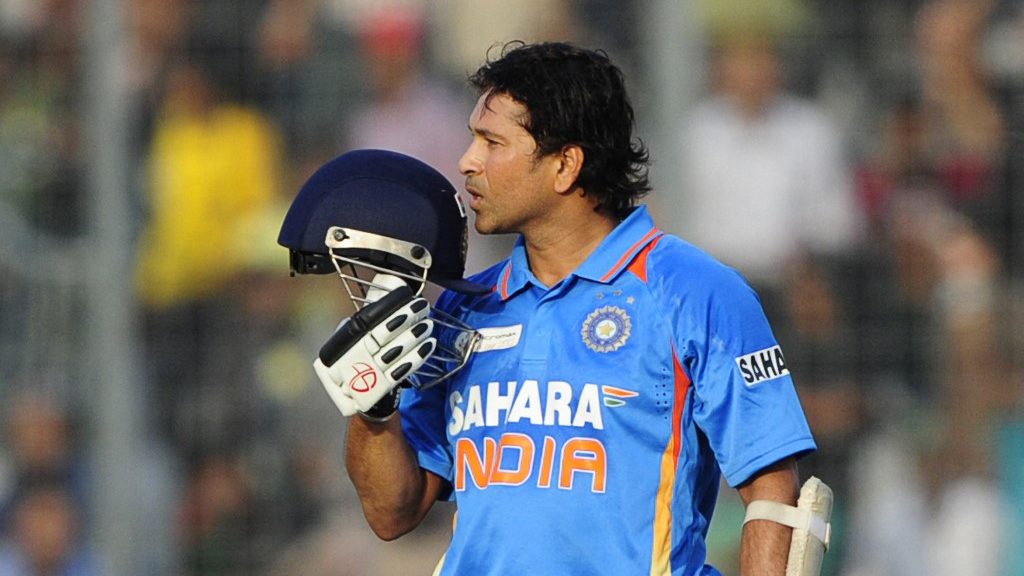 2012 – The Asia cup encounter between India and Bangladesh is remembered for the milestone which was unimaginable for years. With a knock of 112, Tendulkar completed 100 hundreds in International cricket.

Every time Sachin Tendulkar went out to bat, each one of us batted with him. We celebrated his milestones with him. When he was given out, we felt the pain. The legend lives on. A complete batsman and a complete man. The chants of ‘Sachinnnn…Sachinnn” still boom loud and clear.