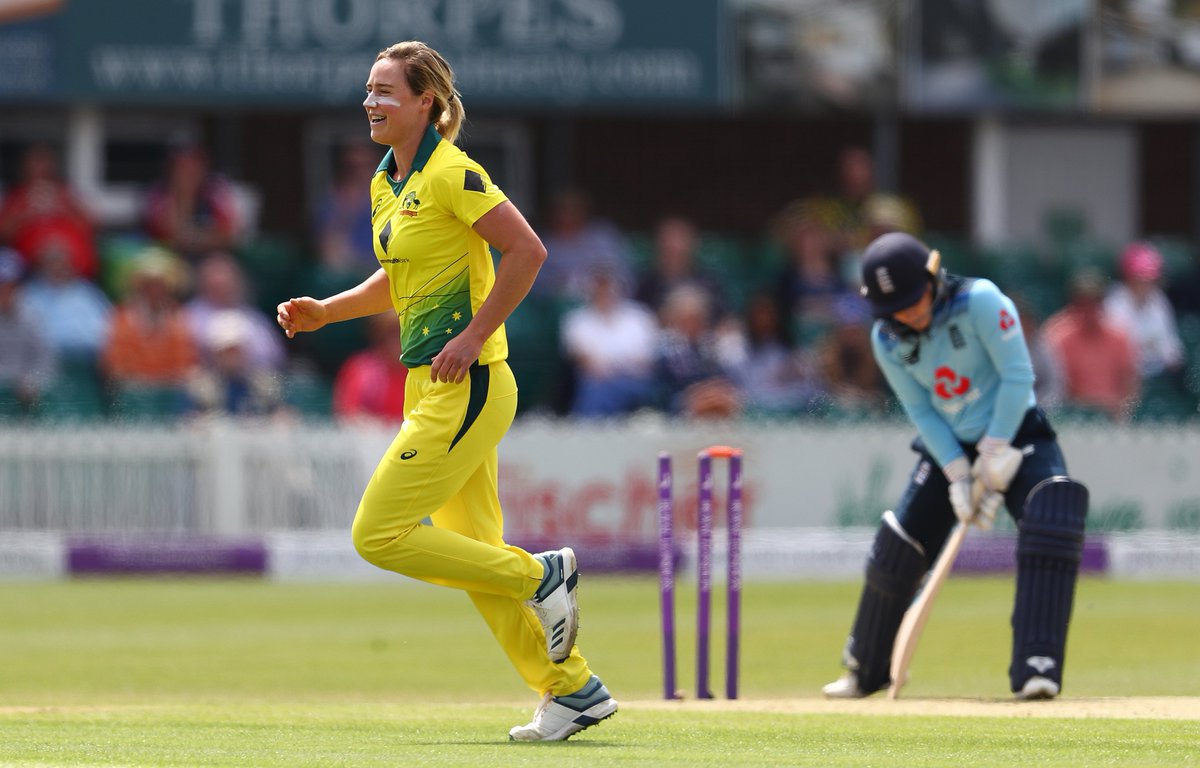 Australia’s Ellyse Perry became the first-ever cricketer (male or female) to score 1000 runs and take 100 wickets in T20Is. Australia women are currently in England to play The Women’s Ashes series comprising of Tests, ODIs and T20Is.

In the second T20I against England on Sunday, Perry scored an unbeaten 47 to round off the historic feat. Meg Lanning’s blazing 43 helped the Aussie women clinch a 7-wicket win against the hosts. Australia also wrapped up the three-match series with a 2-0 margin.

Perry, a vital cog in Australia’s Test and ODI setup, had to endure a long wait to complete her T20I achievement. In November last year, she bagged her 100th wicket by dismissing Nat Sciver in the Women’s World T20 final against England. Co-incidentally, she achieved her batting record against the same opponent in Sunday’s chase.

“I guess it’s lovely, but I wasn’t aware of it,” said Perry after the record-breaking feat.

“I actually think in T20 cricket at international level, we probably play it as much as the men, so I have played a pretty big volume of games now – over 100, so I suppose when you’ve played 100 games you might get close to it. That’s probably the only reason I’m there – because I’ve played a lot of games,” she added.

Earlier this month, Perry’s unbeaten run in Test cricket came to an end in the one-off Test against England. After 3 years, 11 months and 6 days, she was finally dismissed by a bowler. Perry had last lost a wicket against the same opponent in 2015.