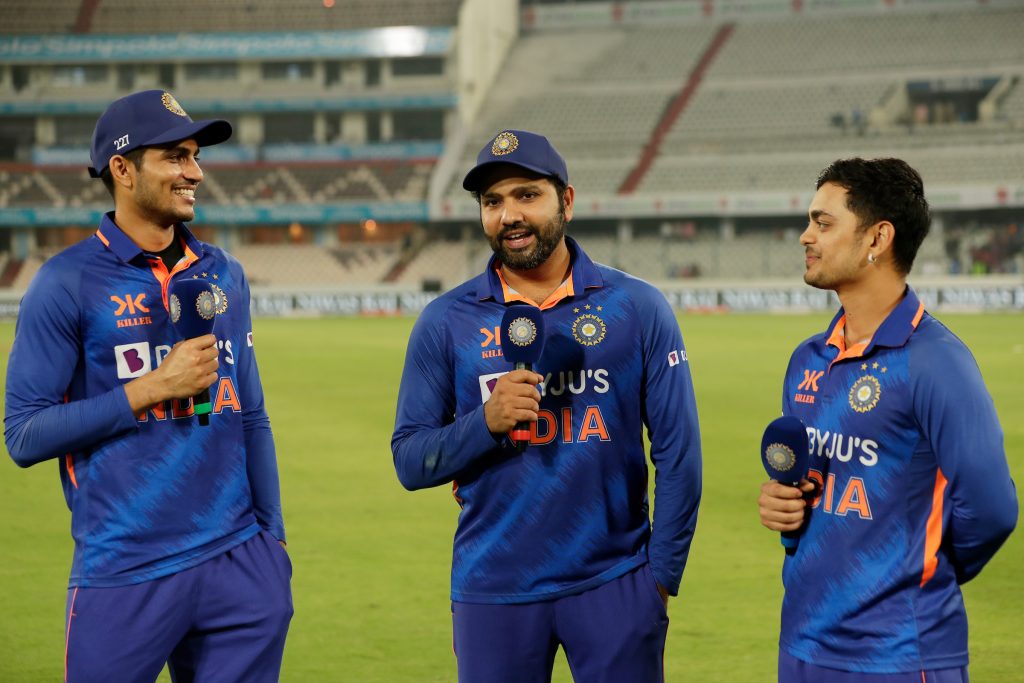 India’s opener Shubman Gill has revealed the pre-match banters he engages in with his ‘best mate’ Ishan Kishan after the conclusion of the first ODI against New Zealand.

Gill struck a magnificent double century to propel team India to a challenging 349/8 in 50 overs. The Men In Blue eventually won the game by 12 runs against the Black Caps.

“He listens to movies on high volume and doesn’t let me sleep. I abuse him and still, he doesn’t listen. He ruins my pre-match routine,” the 23-year-old said referring to Ishan Kishan in a conversation featuring Ishan alongside Indian skipper Rohit Sharma post the 1st ODI.

The video of the candid conversation was shared by BCCI on BCCI.TV in which the right-hander from Punjab revealed how Ishan irritates him ahead of a game.

Here’s how the conversation between Shubman Gill, Ishan Kishan and Rohit Sharma panned out:

Ishan Kishan: “I have a question for him (Shubman) What was your pre-match routine?”

Rohit Sharma: (Interrupting) “You should know that as you guys stay in the same room…”

Shubman Gill: “He (Kishan) spoils my entire pre-match routine as he doesn’t let me sleep. He doesn’t use earphones and watches movie in full volume. Isko main gaali deke bolta hu bhai awaz kam kar le ya earphones laga le. Par ye bolta hai ‘tu mere room mein so raha hai. Meri marzi se chalega. Har roz ladai hoti hai. (I abuse him and ask him to turn down the volume but he says it is his room and the rules will be according to him. I fight with him daily). This is my pre-match.”

Ishan Kishan: “I think it is because you slept in my room, you scored my runs.”

Rohit Sharma: “Just to let you know guys. These two are real buddies. They’ve been playing cricket together since ages. They go back a long way. They’ve got great camaraderie.”