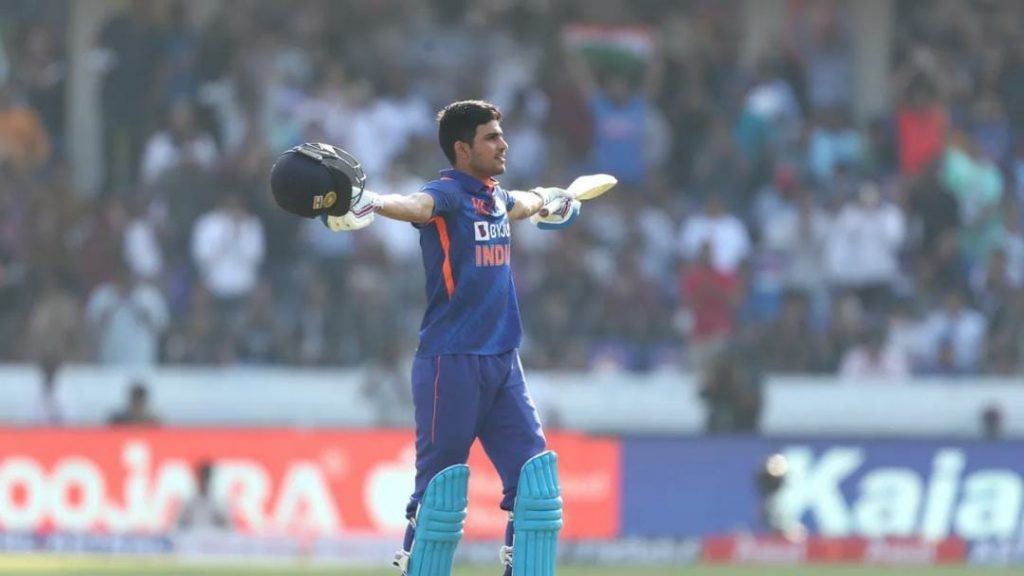 Youngster Shubman Gill is enjoying a fine run of form in the one-day international format as hammered a double century and became the fastest Indian to reach the landmark of 1000 runs in terms of innings. The 23-year-old achieved the feat in just his 19th innings against New Zealand. He overtook the duo of Virat Kohli and Shikhar Dhawan, who both reached the milestone in their 24th innings.

Gill became the youngest ever double centurion at the age of 23y 132d, a record previously held by Ishan Kishan. He achieved it aged 24y 145d against Bangladesh last month. Gill slammed 208 off just 149, including 19 fours and nine maximums.

Overall, Gill became the joint-second quickest to 1000 runs in the ODI format. Pakistan’s left-handed batter Imam-ul-Haq also completed the feat in 19 innings. Another Pakistani player Fakhar Zaman is on the top of the chart for grabbing the feat in 18 innings. Man of the moment, Gill, also became the second-fastest Indian to slam three centuries. Only southpaw Dhawan got to the milestone quicker than Gill in 17 innings.

Shubman Gill made his ODI debut in January 2019

Gill, who made his debut in the 50-overs format against the same opposition New Zealand in Hamilton in January 2019, has played 19 matches so far in his relatively new career and smashed 1102 runs at a solid average of 68.87 and a strike rate of 109.00. The Punjab-born right-handed batter has hit three centuries and five half-centuries since his debut in the format with the highest score of 208.

Speaking about the ongoing match, skipper Rohit Sharma won the toss and opted to bat field at the Rajiv Gandhi International Stadium. He got dismissed for 34 off 38 while Kohli and Ishan Kishan fell cheaply for eight and five runs respectively. Courtesy of Gill’s mammoth knock of 208, India reached a big total of 349/8 in 50 overs.