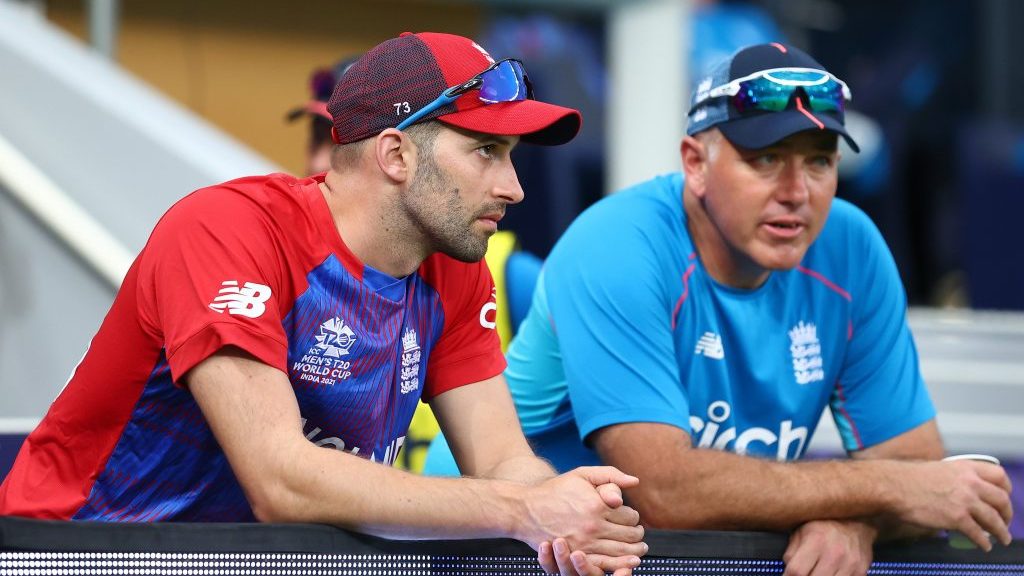 England will lock horns with Australia for their upcoming fixture of the T20 World Cup 2021. Ahead of the match, it is reported that pacer Mark Wood wouldn’t be available for this match. The speedster had an injection in his ankle before the team’s opening fixture of the mega event against West Indies.

He was also not a part of the team in their game against Bangladesh. Thus, now he would be unavailable for the team for the third straight game. Though he is unlikely to play against Australia on Saturday, there are possibilities that he might be fit for the next fixture against the Dasun Shanaka led side.

Wood is one of the most pivotal cogs of the team’s wheel. After the marquee event, England will be up against Australia for the high-profile Ashes series. The team would hence take no risks by playing him if he is not completely fit. The reserve seamer Tom Curran has also been hit with a knee injury and is unlikely to play on Saturday according to Evening Standard.

England and Australia would aim to take their winning momentum further

Both the teams have had an impressive run in the tournament so far. England outplayed West Indies in their opening fixture. The team then emerged triumphant against Bangladesh. Australia kick-started their World Cup campaign on a positive note by registering a victory against South Africa. They then won their next match against Sri Lanka by seven wickets.

As both the teams have a winning momentum by their side, they will look forward to continuing their domination. In their previous game against Sri Lanka, what came in as a positive sign for the team is David Warner’s form. He played an impressive knock of 65 runs in the last game. Opening up on him, Pat Cummins said that the team always knew that the batter would bounce back stronger.

“He’s a big-game player. I’m sure tomorrow you’ll see him puffing his chest out and he’s someone that our whole team absolutely loves playing alongside. We all go with him and back him up. It’s fantastic to see him back in the runs, we always knew they weren’t far away,” Cummins had said.