On This Day: Sachin’s first and Don’s final 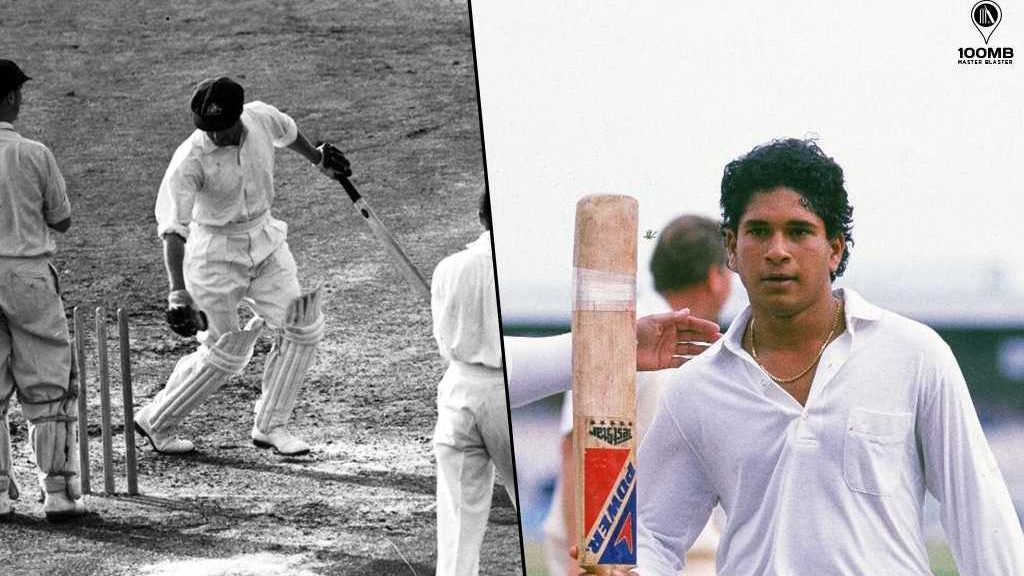 14th August. From 1948, cricket fans remembered this day for a famous duck. 42 years later, a 17-year old Indian batsman scored a hundred which decorated the day with a pleasant development. A zero and a hundred, it was the perfect symmetry. Two men who immortalised the date in cricket calendars would forever be interlinked. The two most frequent names when the discussions of deciding the greatest batsmen ever begin – Sir Don Bradman and Sachin Tendulkar.

Beginning of a century

Introduced in the international cricket at a tender age of 16, the boy genius was still searching for an elusive milestone which millions took for granted – the century. By the time England Test series began, Tendulkar had played in seven Tests and five ODIs. He went past fifty thrice but got only as far as 88. After 10 and 27 in the first Test at Lord’s, the youngster was determined to make a mark in the Manchester Test.

England, batting first, posted 519 to which India replied with a total of 432 that included Tendulkar’s 68. Hosts declared early on the final day to let India bat out the remaining overs. At 127/5 and 183/6, the hopes of India salvaging a draw were bleak. However, taking Manoj Prabhakar as a partner, Tendulkar went about the task in his own manner.

Despite the grim situation, Tendulkar never refrained from his attacking intent. The best example was when batting on 87, he slashed a wide delivery over the heavily populated slip cordon. This was now his highest score in international cricket. He later reached the milestone with a gorgeous cover drive. By the end of the day, Tendulkar remained not out on 119 and saved the game. This was his first century in international cricket. He ended up scoring 99 more. 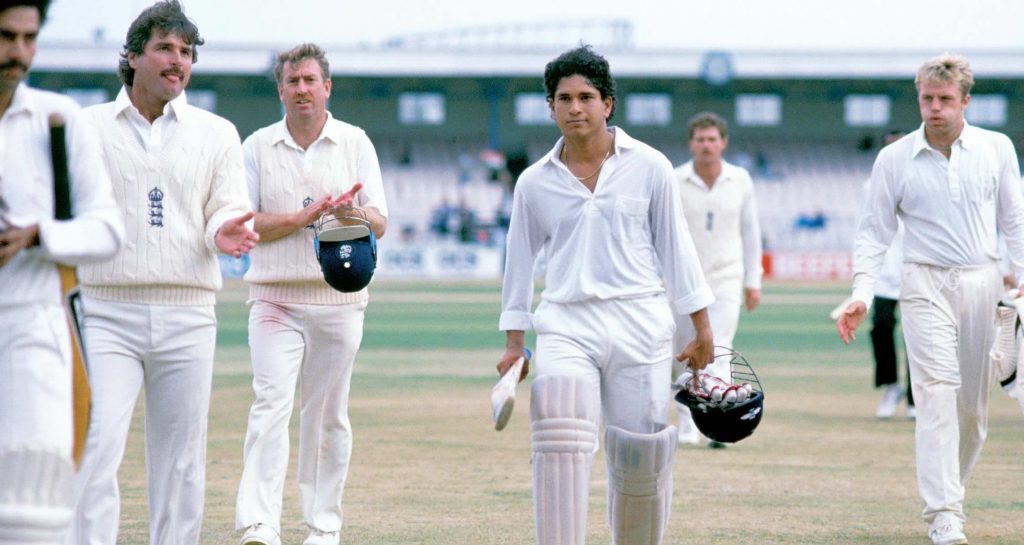 End of an era

Everyone knows the story – When Don Bradman walked out to bat for the final time in international cricket, he needed to score only four runs to finish with a career batting average of 100. Eric Hollies, the English bowler known for his fastish leg breaks had dismissed the Australian opener Sid Barnes. With the first day of the first Test at The Oval nearing the end of the play, Bradman emerged out to bat amidst cheers and hurrays.

The legend negotiated the first ball safely. The second ball was a googly which Bradman failed to pick. The ball turned inwards sharply and thudded into the stumps before Bradman could look back. After just a glance at the woodwork, he marched back to the pavilion – drawing curtains on cricket’s most glorious chapter. Bradman’s final batting average of 99.94 remains one of the most iconic numbers in cricket.

Bowled for a duck in his final Test innings at The Oval, he finished four runs shy of 7000 in the longest format, with his average finishing 0.06 runs per dismissal below an even ? pic.twitter.com/Jnrrfv91an